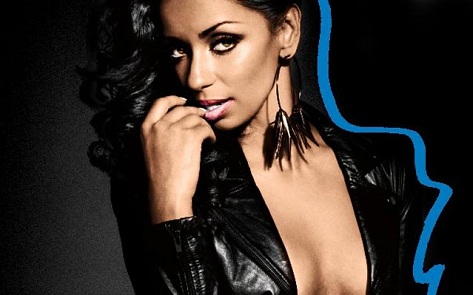 In case you haven't been on the East Coast during the week of underwhelming natural disasters, Mya and Trina would like to help you out. They've prepared their very own disaster, titled "Earthquake," that is ready to wreak havoc on your eardrums. While it's great to see artists still trying to do it, Mya, ever-resilient despite not having a hit since the early aughts and losing to Donny Osmond on Dancing with the Stars, should've just said no to this one. The beat is dated, the guitar is cheesy, and her voice sounds shriller than usual (when she's actually singing, that is). Add to that mix the Cubic Zirconia Duchess Trina, and you've got a match made in mediocrity. "Earthquake" is apparently the first release from Mya's forthcoming K.I.S.S. (Keep It Simple Sexy). Maybe we'll get lucky and this isn't reflective of the rest of set, but I doubt it.
Center


TAGS:  audio, Donny Osmond, mya, trina
Previous: Morning Soul: Love Can Conquer Any War Next: The Fantastics! Give ‘The People’ Their ‘All’