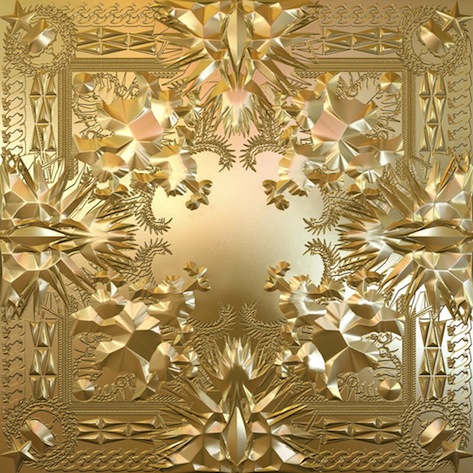 In the week since its release, everyone and their grandmama has offered opinions about Watch the Throne, Jay-Z and Kanye West's new informational guide on how to live rich or die trying. During that time , the Throne has been pillaged, pilloried, sat in, and desecrated beyond recognition. Faithful servants to their kingdom (and the Illuminati) lauded it as the second coming, but those of us who know how deep their talents run couldn't help but be put off by this album's the lack of inspiration. So now that the carcass of the bloated beast that was WTT has been picked dry, here are four thoughts on its remnants.
Center

1. In essence, Watch the Throne was a heat check. As Damon Young of VerySmartBrothas.com believes, artists with nothing to do and nowhere to go often try to see if they still have the juice. On Erykah Badu's controversial "Window Seat" video he stated:

"while many have lauded this as ultra-creative, paradigm shifting, envelope pushing, and iconoclastic, personally, i just think it's her way of saying "i'm erykah f--king badu. i have millions of die-hard fans, i single-handedly made a jersey-rocking rapper from atlanta start dressing like a drag-queen mannequin at an H&M fashion show, and i have a fat ass. i'm bored, i can do whatever the hell i want, and my fans will still love me. creative schmeative"

Unfortunately for Jay and Ye, this album is proof positive they cannot do whatever the f--k they want. Prime example: "Lift Off." This song features none other than Beyoncé, and sounds like an awful 4 leftover. Also, there's the whole "look at me and my gold-encrusted air droplets, eff the rest of y'all struggling to pay off your mortgage and put food on the table" steez that they take to the extreme. We get it, you're rich, but you ain't showing nobody else how to get there. There is also a ridiculous amount of Auto-Tune. I thought Jay announced its death? There is little reflection. That let them eat cake spirit is directly at odds with the present state of the world -- famine in Somalia, riots in London, recession in America. This, and the fact that it features some of the laziest flows and production ("Otis," I'm looking at you) to come from either artist, left me feeling hoodwinked, bamboozled, and swindled.

2. The reviews of Watch the Throne were more interesting than the album itself. WTT is an urban Rorschach test, and people have intellectualized the hell out of it. News outlets like NPR and the New York Times even jumped in, giving their two cents on a genre of music that only 15 years ago was treated like the scourge of the earth. This is probably a sign that hip hop has reached its maturation (and possibly saturation) point. The thing with the big news agencies giving feedback is that they don't necessarily have an intimate relationship with the music. If you want a more raw, raunchy, and real review of the album, check out the Big Ghost Chronicles, and you will be slain in the spirit of Ghostface Killah.

3. On average, Kanye and Jay-Z have significantly deep bodies of work that reflect their true mastery and skill. Watch The Throne is no Reasonable Doubt or College Dropout. Thanks to the law of averages, though, there would have to come a time when they could not deliver on their greatness. Statistically, this joint was doomed because a) there was more hype around this album than they could throw a mic at, and b) they have been doing so good for so long that the hot streak was bound to go cold. Basically, it was too much talent at once. Like two overly beautiful adults who procreate, Kanye and Jay-Z came together to produce quite an ugly offspring.

4. Some of the songs are decent. Even though Frank Ocean's voice ain't all that, it fits "No Church in the Wild," and the beat is pretty dope. It's definitely bumpable. And despite the fact that the CD is lackluster, it's not so terrible when heard in the club on big speakers.

Let's face it, the people who love Jay and Ye are going to stan for them regardless. Everyone is not going to like Watch the Throne. Those who do will swear that Jay and Ye are spitting hot fire, when in reality it's hot mediocrity. It is what it is.