Maimouna Youssef Has ‘Got A Man’ 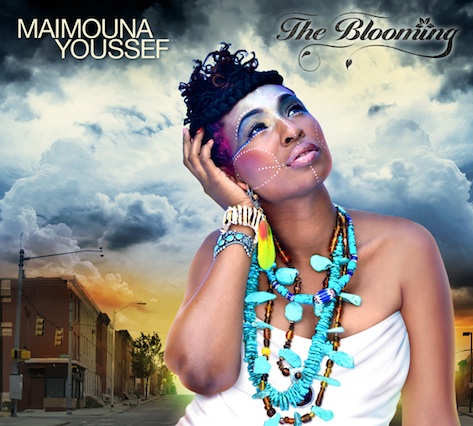 After releasing the excellent Black Magic Woman EP earlier this year, GRAMMY-nominated vocalist Maimouna Youssef is back, this time with a full album under her belt. The Blooming will be released digitally on September 20th and physical copies will be available direct from Maimouna at her eight-stop listening party tour. The album features production from Nottz, Oddisee, and Maimouna herself, with the first single, "I Got A Man," produced by the legendary DJ Jazzy Jeff and Demien DeSandies. "I Got A Man" is a smooth, mid-tempo number which sees Maimouna caught between two men in her life, struggling to decide which one is right for her. Vocally Maimouna is in top form, showcasing both the power and the delicacy of her voice and it's no surprise that Jazzy Jeff's production is spot on, supporting rather than driving the vocals. The track is available as a free download from Maimouna's website, and you can check out the details for her various listening parties here.
Center