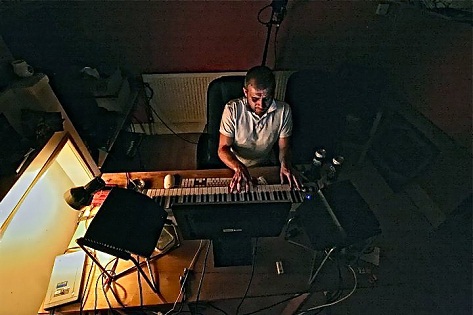 If you're gonna cover Roy Ayers, you've got to do it right. Not only is the man's music the work of an immensely talented musical genius, but it's also the basis of many of hip-hop and modern R&B's classic joints (think Mary J. Blige's "My Life," Erykah Badu's cover of "Searchin'" or Mos Def's "Brooklyn"). Producer Soulpersona has decided to cover perhaps one of Ayers' best known jams, RAMP's "Daylight." Known by hip-hop heads as the main part of A Tribe Called Quest's "Bonita Applebum," the original is a joyous request for that "sweet awakening" to a brand new day. In order to do it justice, Soulpersona enlisted one of the song's original singers, Sibel Thrasher, to contribute vocals. This update doesn't do much to the original except add modern sounds, but it's a great update that really captures the true essence of the song. I'm sure Roy is most definitely proud. Soulpersona is offering this one up for free, so go ahead and hit the download button after you take a listen.
Center