Will You Want To ‘Wake’ From Terius Nash’s Dream? 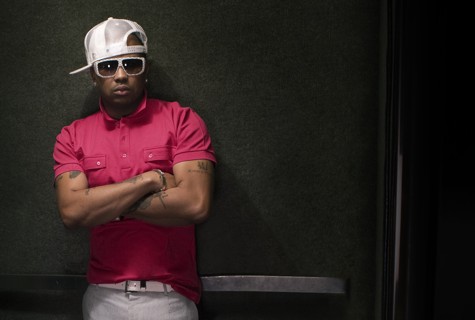 As much as I try to avoid The-Dream and his many musical "contributions," the man has become so ubiquitous in R&B that it's damn near impossible. One of the areas I've been most successful is his own solo material, which is usually nonsensical enough that I can recognize it from jump and quickly switch it off. Every once in a while, though, one sneaks past. The first to make it past my guard was "I Love Your Girl" -- its groove and earworm of a hook too irresistible, even for me. Since then, a few more have crept onto my play list ("Falsetto" is catchy, too, dammit), but I've managed to stay The-Dream free. So why do I like "Wake Me When It's Over" so much? I blame Frank Ocean. The opening track to his 1977 mixtape (which he's releasing under his gov't name Terius Nash tomorrow) mimics the emo stylings of Frank perfectly -- I can actually see Frank (or Drake, for that matter) singing this -- as he languishes about the usual ups and downs of relationships. Somehow, it just works and The-Dream snuck past my defenses once again. Next time, Terius...next time.


TAGS:  audio, drake, Frank Ocean", Terius Nash", the dream
Previous: Applejac Is ‘Playin’ Favorites’ And Winning Next: ‘Get It’ In With This Michael Jackson ‘Billie Jean’ Remix By Ahmed Sirour