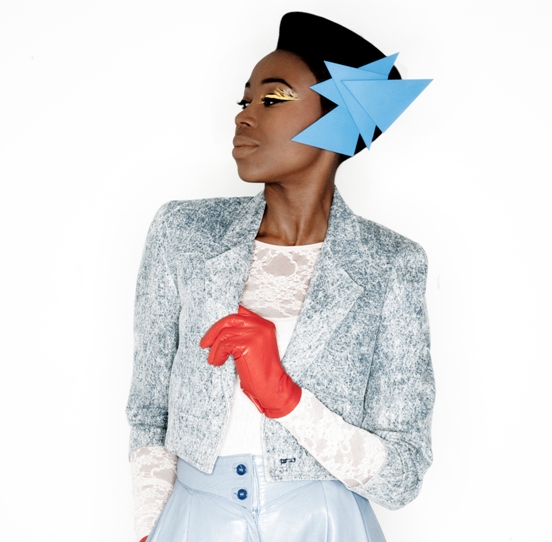 We are a little late to the party when it comes to Dutch-Cameroonian singer Ntjam Rosie, but as they say, better late than never. In fact, it looks like we are not the only ones to sit up and take notice as Ntjam is to be featured on Gilles Peterson's upcoming Brownswood Bubblers 7 compilation. I actually stumbled across Ntjam after seeing fellow vocalist Deborah Bond tweet about her and deciding to check out her material. I discovered she has two albums under her belt, '08s Atouba and last year's Elle, both of which have been keeping my speakers busy over the last few days. Citing the likes of Miriam Makeba, George Duke, Stevie Wonder, Erykah Badu, and Syreeta as her influences, it should be clear that you are not going to get your standard soul-by-numbers from Ntjam. Instead, her music, especially on Elle, is a complex mish-mash of sounds, influences and languages that somehow come together as a very classy, cohesive whole. Heavily influenced by jazz and the sounds of her native Africa, if I had to label her sound it would be somewhere along the lines of "Afropean soul" (think a more jazz influenced Les Nubians), but it's probably best to just take a listen to one or two of her songs and decide that for yourselves. Below you can stream her current single "In Need" and my personal favorite "Roof Over My Heart," but I strongly suggest you check out the whole album.