Did The Hackney Colliery Band Cover Blackstreet? ‘No Diggity,’ No Doubt. 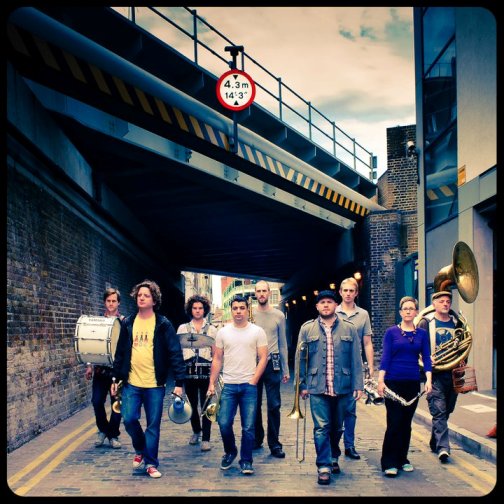 Inspired by New Orleans marching bands, Balkan brass, and the hip-hop infused big band music coming out of the US, a group of horn players from Hackney, London decided that it was time for a British take on this particular style of music. That was back in 2008 and the Hackney Colliery Band was born. Fast forward to 2011 and now, signed to the Wah Wah 45s label, the band have a handful of singles under their belt and have released their debut self-titled album with support from tastemakers such as Gilles Peterson. The latest single from the album is a brassed-up, funked-out cover of Blackstreet's '90's classic "No Diggity" that needs to be filed alongside The Hot 8 Brass Band's epic cover of Marvin Gaye's "Sexual Healing." Give it a spin below and purchase the album via HCB's Bandcamp page.
Center