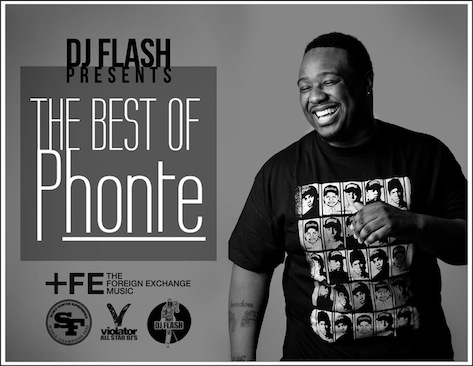 Not all mixtapes are created equal. Hell, some aren't mixtapes at all, truth be told. With run-of-the-mill mixes, EPs, and full-blown albums all being called mixtapes these days, the lines have been blurred, if not altogether erased, with the term mixtape being a catch-all for any compilation of music released for free. That's all well and good, but thank goodness there are still some DJs out there who know what a real mixtape should consist of, i.e. mixing, cutting, and scratching, such as DJ Flash of Violator All-Star DJs who has compiled 70 tracks on The Best of Phonte. Yes, 70 tracks and 78 minutes of nothing but Phonte. This is the mother and father of all mixtapes for any fan of the Little Brother lyricist, The Foreign Exchange crooner, and soon-to-be solo star with this week's release of Charity Starts At Home. There are Tay verses included on this mixtape that I haven't heard in years and others that I've never heard at all, which made it one continuous surprise. I was especially delighted by the inclusion of DJ Spinna's "Intergalactic Soul" and Tigallo's verse from the remix to Brand New Heavies' "Sex God," which caught me out there when it dropped in. Peep the back cover with the tracklisting after the bounce, or opt to be surprised like I was, but whatever you do download this joint with the quickness. This isn't only The Best of Phonte, but it's one of the best mixtapes you'll ever hear period.
Center 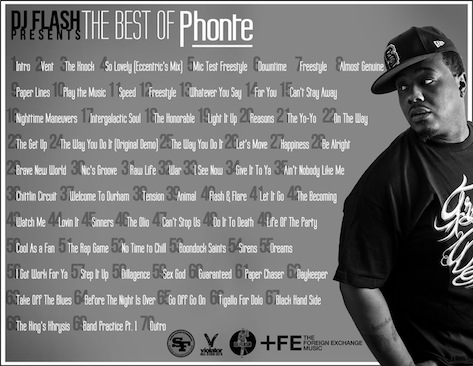