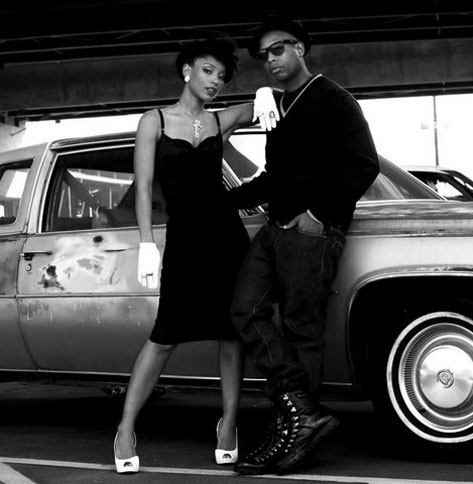 We've been talking about Idle Warship around these parts for the better part of three years, and they've kept our attention with a mixtape here and a performance there but have yet to release a full album. That's all about to change on October 24th, however, when the super group made up of Talib Kweli, Res, and Graph Nobel drop Habits of the Heart. The trio continue to intrigue with their
alt-hip-hop hodge podge and after dropping "System Addict" on us early this summer, now we get to hear a new song from the 12-track set with "Laser Beams." Res, whose widely-hailed debut How I Do dropped 10 years ago (can you believe it?), sounds as if she didn't miss a beat since that record before Talib grabs the mic and spits a hot 16. You may find yourself doing The Carlton and rocking out to this.