Is Childish Gambino’s ‘Bonfire’ Hot Enough For You? 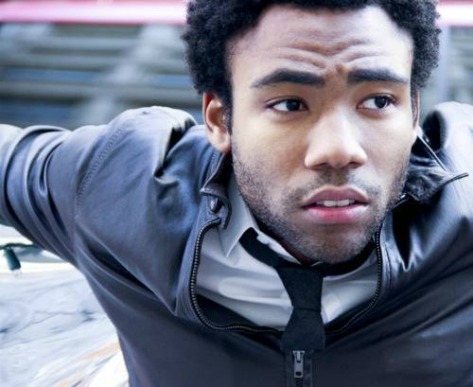 There's been a lot of buzz surrounding actor-turnt-rapper Donald Glover's foray into the rap game, in the form of his alter ego, Childish Gambino. While I love him to death for his role on NBC's Community (and being a cutie doesn't hurt either), I've been semi-intentionally delaying the process of finding out if I was ready for Glover to invade my airwaves. Call it mild fear, but I didn't want to risk wack music lessen my crush in any way, shape, or form, (much like Idris Elba knocked himself from my top five with his latest release). Well, after years of turning a deaf ear to his multiple releases, I finally decided to find out what all the Childish Gambino fuss was about by giving his latest single, "Bonfire," a spin.
Left

Maybe I'm too old or maybe it's that my hip-hop sensibilities have been dulled by years of the utter f--kery that's been released lately, but to say that this song left me unimpressed would be one of the year's greatest understatements. The beat is cool enough, but Childish Gambino's lyrical prowess just didn't do it for me. I mean, maybe if I were about 10 years younger lyrics like, "It's a bonfire/turn the lights out/I'm burning every thing you muhfuggas talk about" would have me putting my fist over my mouth and going "ooooohhhh" like all rap fans tend to do whenever someone spits a hot 16. Even after giving it a second, third, and fourth spin, I still couldn't find it in me to muster up even mild interest. I'm not giving up hope yet; I mean ALLLLL the buzz can't be wrong, right?