Listen To The ‘Sweet’ Sounds Of The Soul Rebels Brass Band 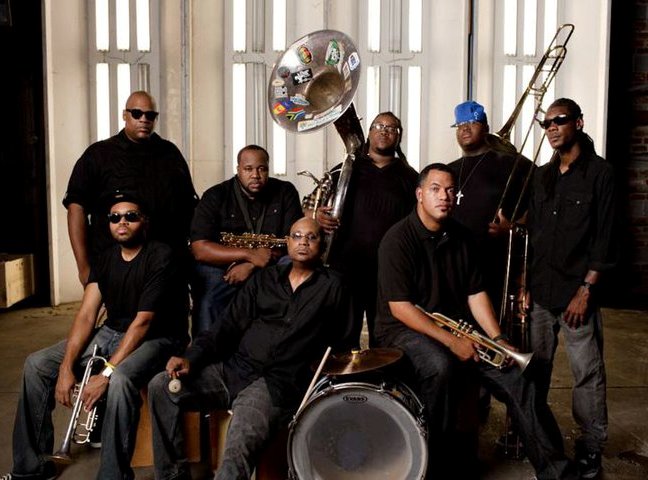 As we pointed out yesterday, it seems that big, brassy sounds are making a comeback, much to our pleasure. Sure the electro-wizardry of a lot of progressive R&B and soul music is nice, but nothing beats that live band aesthetic. One band who know this all to well are The Soul Rebels Brass Band, an 8-piece line-up from New Orleans who, along with fellow Brass-afficianado Trombone Shorty, have featured on the HBO TV series Treme. This October will see the release of their latest album, Unlock Your Mind, which has been described as "the missing link between Public Enemy and Louis Armstrong." Well you can decide for yourselves whether or not such high praise is justified by taking a listen to their cover of Eurythmics' "Sweet Dreams (Are Made Of These)" and the soulful hometown shout out on "504" below. Both tracks, along with the dub/reggae bouncer "Unlock Your Mind," make up The Sweet Dreams EP which can be downloaded for free from the band's website and will also feature on the album.
Center