Little Dragon & Syd The Kyd Come Back For ‘Seconds’ 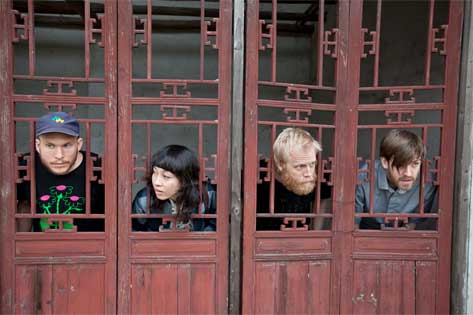 We here at SBHQ have been jamming to Little Dragon's Ritual Union since its release in July. If you read my review of the album, then you already know that my favorite track from the set is the sentimental "Seconds." It's apparently Syd The Kyd's favorite track as well. The lone lady of the overly-acronymed OFWGKTA collective, which has given us the songwriting/singing talents of Frank Ocean and the utter weirdness of VMA winner Tyler the Creator, Syd decided to put her own spin on the song. Playing up the drums and adding a few synth flourishes, Syd creates a version that veers toward R&B slow jam territory (à la Timbaland's early work with Ginuwine) that really adds a new dimension to the song. If you're feeling "Seconds" in either its original form or the remix, head over to Little Dragon's website, where they're offering the instrumental, vocal, and remix as free downloads.