Mateo Get’s Much ‘Love’ At His EP Listening Party 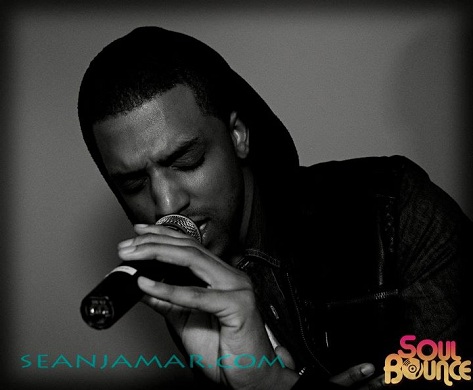 There was a lot going on Tuesday night in New York's AM Studios Art Gallery, and I'm not talking about the art. Journalists, record execs, and industry players milled about the intimate space, bobbing their heads to the music blaring from the speakers as ladies clad in their finest black lace undergarments and stilettos served drinks and hors d'oeuvres. They were all there for one reason: up-and-coming R&B artist Mateo.
Center

Mateo, Kerry "Krucial" Brothers' premier artist for his Krucial Noise label, had previously released his mixtape Love & Stadiums in March, but the event was all about his upcoming EP Love & Stadiums II. The event, hosted by radio personality Angela Yee, served as a showcase for the singer and turned into an out-and-out lovefest. Brothers was on hand to heap tons of praise on the budding talent's shoulders and even Brother's usual musical partner in crime Alicia Keys made sure to send a videotaped message of love in which she called him "one of the most innovative young musicians around right now." 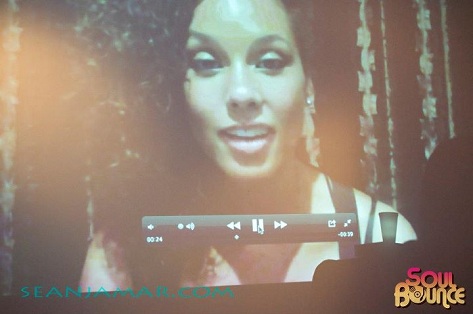 After all the doting and adoration, Mateo took to the piano and gave a stirring performance of his single "Say It's So," the recorded version of which features Keys on the chorus and assistance by her hubby Swizz Beatz. Though his nerves showed a bit in his voice, he still proved to be worthy of the compliments he was paid. His nerves were gone, however, by the second song he performed, "Love Is a Gun." His deft control of the crowd and vulnerability gave the impression of a veteran, of which the room took notice. 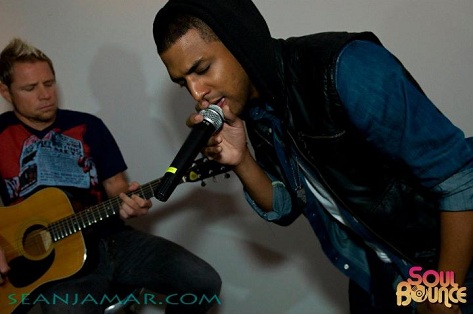 After the performances were done, a giddy Mateo gave the crowd a sneak preview of the video for "Say It's So" as well as an exclusive listen to his upcoming EP. While a bit ballad heavy, the EP sounded great with a pop/R&B sound that seemed fresh. Though the blaring music wasn't ideal for an interview, I was able to get a precious few moments of Mateo's time and got him to reveal a time table for the EP's release (late October) and when we could expect a full-length album (at the top of 2012). It seems that in the coming months, we'll be hearing quite a lot from Mateo. Luckily for him, he comes highly recommended.