Van Hunt Isn’t Giving You What You Were ‘Hoping For,’ But You’ll Eat It And Like It 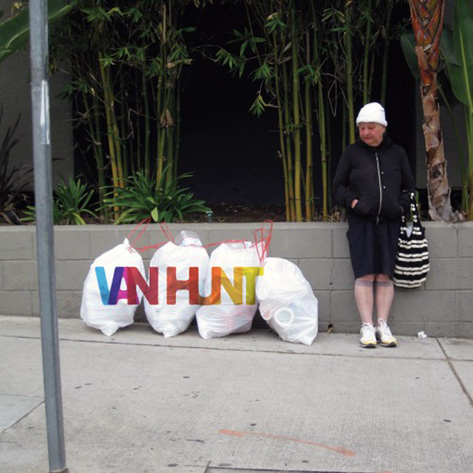 After the last-minute label drama that saw his planned third album Popular yanked from record store-bound delivery trucks, the Van Hunt of What Were You Hoping For? seems a little darker; a little more world-weary.

Right. Because he was Mary Sunshine before all this.
Center

There are a few things you come to expect from any Van Hunt album: soul, funk, and a healthy dose of wit. Hoping For sees Hunt dialing down the impish bluster -- near-Glam-Rock in its flamboyance -- which he cultivated over his last two records. The soul is more in attitude than sound, and a decent bit of the funk has been traded in for Punk. But the wit remains, and it's there in spades. Every grating guitar lick, every unhinged wail, reads like a middle-finger aimed squarely at label types who tried to tuck him into the warm, comforting doggy bed that "Neo-Soul" has become.

The album is, as a whole, much grittier than any of his past work. Gone are the Maxwell-with-a-grudge smoothness of his eponymous debut, and the ultra-high-gloss funk of the stellar On The Jungle Floor. Now the guitars are choppier, the recording quality decidedly more lo-fi, and he seems to have permanently adopted the mushmouth vocal style that made "At The End Of The Slow Dance" one of the most interesting things to be found on his Jungle Floor. Sure, Popular began his trend towards a grittier sound, but where that album came out of its sandpapering process with an appealing smoothness, Hoping For proudly wears the scars of Hunt's time spent against a cheese grater.

The release seems to hold his past polish up to a fun-house mirror, contorting our perceived notions of what a Van Hunt album (or songs with titles like "North Hollywood," "Designer Jeans," and "Cross Dresser") should sound like. Case in point, the high-energy guitar stomper "Eyes Like Pearls," is the evil, more reverb-y twin of "Hot Stage Lights." And "Moving Targets," a killer ballad with sparse, '80's-style percussion, is cut from the same cloth as "Daredevil, Baby," only more frayed at the edges.

Though What Were You Hoping For? is arguably his least accessible, least conventionally musical offering to date, it's far from lacking in strong material. "Designer Jeans," with its church-revival percussion bedrock packs a heavy punch, and "Plum" is a sly (and maybe a little Sly) paean to his partner's posterior, with some killer guitar work.

While I still like my Van Hunt music with a healthy dose of his patented douchebag-dandy sheen intact, it would be near-criminal to force one of the most ferociously talented and idiosyncratic artists in contemporary R&B soul rock music to toe any particular line.

Blue Note tried that. It didn't go too well.

Van Hunt What Were You Hoping For? [Amazon][iTunes]