We Are ‘Head Over Heels’ For Vindahl’s New Album 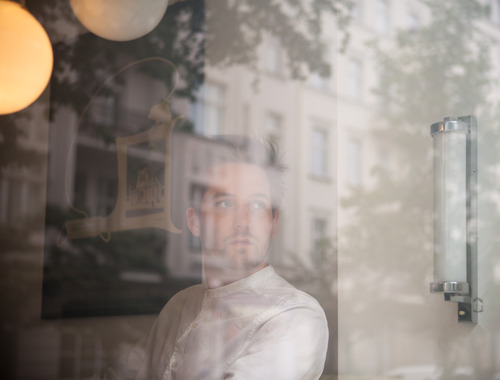 As co-founder of Danish musical collective Boom Clap Bachelors and a member of alt-pop outfit Non+, Vindahl is no stranger to the music scene. However, it has taken him four long years to release his debut solo material under his own name. The delay has been due to Vindahl repeatedly re-visiting and re-perfecting tracks, but now it appears he is finally happy and is ready to release Serendipity on October 17th via Tokyo Dawn Records. Those who have been following TDR's compilation output will already have heard snippets of what to expect, ranging from the uptempo boogie of "Sometimes" to the synth-pop of the Boom Clap Bachelor's "Down" remix. The remainder of the album is probably best described as '80's-inspired, synth-heavy, soulful pop music, but it really needs to be heard to be fully appreciated. Take a listen to "Head Over Heels," a beautiful, mid-tempo electro-ballad featuring the stunning vocals of Quadron's Coco O., and the throwback jam "Glimpse Of Your Face" below. Although the album isn't officially released for another few weeks, Tokyo Dawn has released the digital version of the album early which you can cop here.
Center