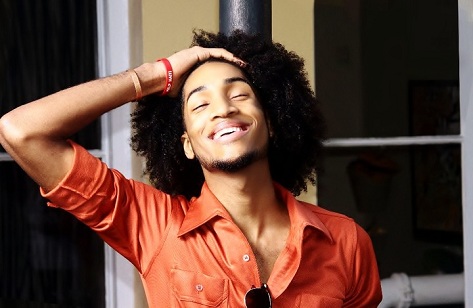 Greg Banks has a lot going on for himself. The New Orleans native is an actor, model, and --most importantly -- a very talented singer/songwriter. I was put on to Greg via Twitter (a usual source of ratchetry and nonsense yet an occasional source of usefulness) with a link to his newest single, "Soul." A warm and, of course, soulful track, "Soul" not only showcases Greg's effortless falsetto, but it shows a burgeoning talent. Name-checking Ledisi and Marvin Gaye and featuring on-point production by Tavares Baldtrip, the song will easily become one of your favorites. But it doesn't stop there. When he hasn't been singing hooks for underground rappers like G-Eazy and M.i.C., Greg has been gearing up to release his mixtape, A Gentleman's Journal, in the coming months and has been dropping singles all year, including "Magazine Street," a jazzy little groove that's infused with horns and a laid-back appeal. Then there's Greg's YouTube channel, which features a video treasure trove of Greg covering his favorite songs from "Pretty Wings" and "Lately" to R. Kelly's "Your Body's Calling," and his ReverbNation page featuring even more musical goodness from the talented Louisianian. Hear (and then download) the amazing "Soul" and "Magazine Street" below. Then hit the bounce to see footage of Greg creating his song "One Child at a Time."