Eric Roberson Shows NYC Just How ‘Nice’ He Is 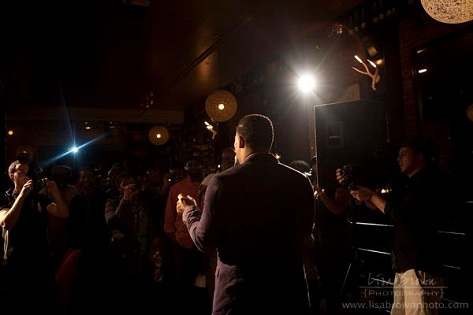 Rain and wind couldn't stop the crowd from filling up TriBeCa's Bubble Lounge on a recent Wednesday evening. No, they weren't there for the cocktails or the bubbly, but for R&B's own Mister Nice Guy Eric Roberson. Mr. Roberson was there for the exclusive listening party for his upcoming album and the swanky New York nightspot was the perfect venue for Erro's brand of smoothed-out soul.
Center

As the album played over the speakers set up in the lounge, you could definitely hear that Erro's songwriting, while still keeping his unmistakable mark, had evolved somehow. The songs seemed to have more of an urgency. "I used to stay in the studio just for days on end," Eric told me in our conversation before his performance. "So for me now it's more [about] dedicating [myself] to where I'm constantly creating in whatever environment I'm in and also capitalizing on when the moment really hits you." That sentiment is evident throughout the disc, with him infusing it not only with his loverman aesthetic, but also some of the comedy and fun that one can find in Erro's live shows. 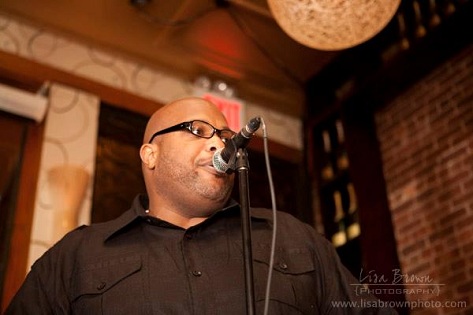 Speaking of live shows, Eric soon took the stage and thanked everyone for coming as the strains of his lead single "Summertime Anthem" came spilling over the speakers and Chubb Rock walked through the thick crowd to grace the mic. Though it was mid-October, the feel in the room was like a block party in July. Ladies swayed and the fellas bobbed their head to the infectious groove as Eric and Chubb delivered the goods.

He then treated us to "Picture Perfect," his collaboration with Phonte. Unfortunately, Tiggalo wasn't in the building. But Eric made due anyhow, serenading the crowd and ad-libbing in place of Phonte's verse. Eric also promised that Phonte and Chubb weren't the only voices you'd be hearing on the album. Jean Baylor, of Zhane fame, duets with Erro on "How Would I Feel," which Erro called his current favorite song on the disc. He's also amped about other collaborators. "I'm really excited about two up-and-coming artists," he said during our conversation, "This group called The Ones, a soul act from Chicago, did a song with me called 'Come With Me' and then [there's] a young man named Hezekiah, who actually started this album up. He's the first one that started sending me beats that got me into doing this album." 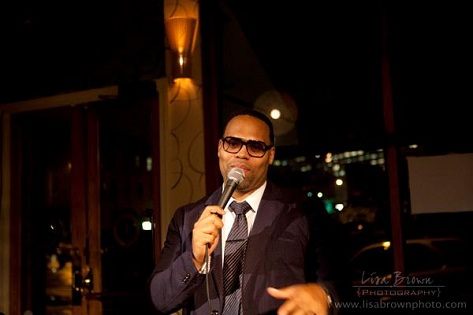 The last song from Nice Guy he performed was "At The Same Time," a ballad about the bad timing that love seems to always have. The song hits right at the core of the hopeless romantic heart, something that Eric is pretty knowledgeable about. As the song wound to a close, the audience -- which include Papa Roberson -- swayed back and forth with the sound of his voice. Because many had asked him about his infamous freestyles, Roberson decided to leave the crowd with one before he trekked over to S.O.B.'s for his Sol Village series. Using crowd-contributed words like octopus, vodka, contagious, and potatoes, he crafted an amusing ditty about the night that sounded better than most songs on the radio. 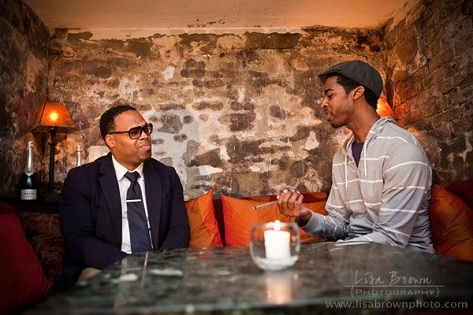 From our conversation and what I've heard of Mister Nice Guy, you can tell that Eric is definitely moving forward and evolving musically. He even acknowledged it himself during the interview. "I don't know what I'll be writing about in five years," he said, "I'm excited about it. I couldn't tell you because I'm not there yet, but I'm excited about picking the pen up again. I'm excited about getting behind a microphone again and also about bringing the live thing as well."

I'm sure his fans will be more than happy to follow him along that journey five, ten, or fifty, years from now as well.


TAGS:  chubb rock", eric roberson, hezekiah, jean baylor", phonte, the ones
Previous: Common Keeps His Eye To The ‘Blue Sky’ Next: Amy Winehouse’s ‘Hidden Treasures’ To Be Released This December