Kenny Wesley Wants To ‘Rock With You’ 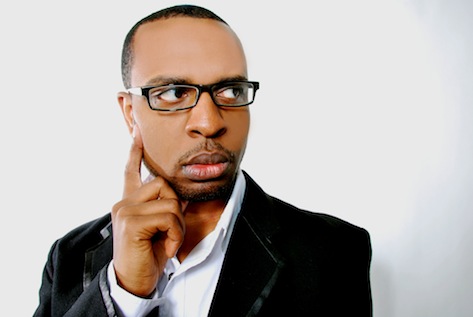 When you possess a four-octave range like Washington, DC-based singer/songwriter Kenny Wesley does, it's pretty much guaranteed that you can sing anything and sing it well with relative ease. So when I ran into him this past weekend and he told me that he remade Michael Jackson's "Rock With You," I didn't hesitate to tell him to send it to me quick, fast, and in a hurry because I knew that it would be an aural treat. It goes without saying that I love it when I'm right. Produced by Matthew Shell and Trey Eley (who is also featured on flute), this rendition turns Michael's beloved hit into an upbeat jazzy number, and even MJ purists will have to give it up to Kenny for his stellar vocal performance. Wesley hits both the honey-coated warm notes and soaring highs with the same aplomb. I've heard this brother sing live on numerous occasions -- he's shared stages with Stephanie Mills, The Foreign Exchange, and Deborah Bond to name a few -- and he never disappoints. His "Rock With You" is no exception, and you especially won't be disappointed with the free download.
Center