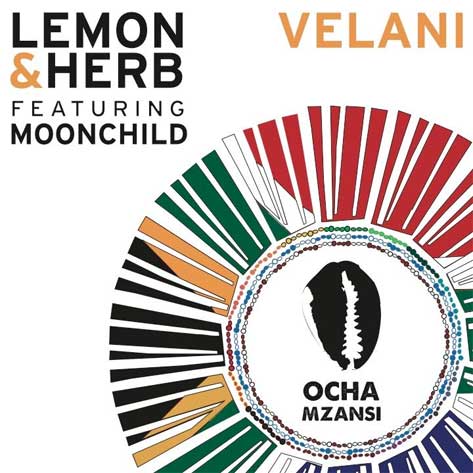 I've seriously been sleeping on South African house music. So much so that I didn't even realize how big the genre is there. With the exception of Black Coffee and a few other songs that have blipped onto my radar, I've missed out on a world of house from halfway around the world. Shame on me, but I plan to atone for my musical transgressions by staying abreast of the new hotness coming out of the direction of Ocha Mzansi, the recently launched label from Ocha Records with a focus on bringing South African house music to the world. That is music to my ears, and this release from SA production outfit Lemon & Herb (trio Thamz Ntinitli, Skhumbuzo Radebe, and Don Jobe) featuring vocalist Moonchild is music to my feet. "Velani," which means "show yourselves," is sung entirely in Xhosa, but there is no language barrier to the trance-like deep groove.
This track has been burning up dance floors worldwide and is scheduled to be officially released on October 11th, with Lemon & Herb's Ocha Mzansi debut album hopefully not too far behind.