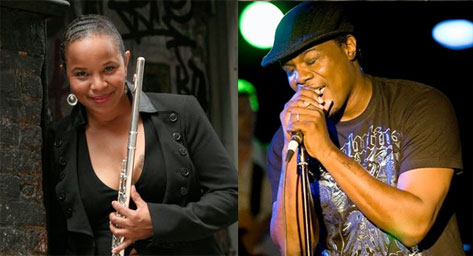 NYC Bouncers are in store for a triple threat at this month's Nu-Soul Saturday show at Frank's Lounge in Brooklyn on Saturday, October 22nd. First on deck is a listening party for The Revelations feat. Tre Williams new release, Concrete Blues, hitting stores on November 8th, which will be on sale a few weeks early on this night. Then later in the evening, Monet, whose new album Lifesize Mirror is in stores now, will engage the audience with a live performance. But it doesn't stop there, folks. Last but certainly not least, Jodice Dorce of Jodine's Corner will be bringing the Corner to Brooklyn to really set this event off. The only thing that's missing from this spectacular night is you, but that's where SoulBounce comes in with three pairs of tickets to giveaway. If you'd like to go, then just hit the bounce to enter to win!
Center 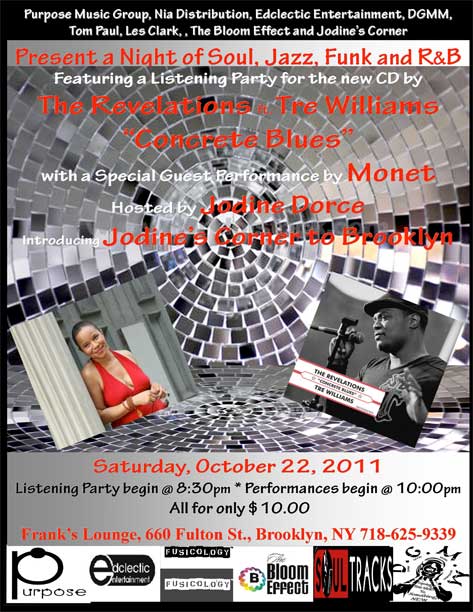 TAGS:  jodine dorce, jodine's corner", monet, the revelations, tre williams
Previous: Get Into Some ‘Trouble’ With José James Next: Morning Soul: Yo, It’s The Real 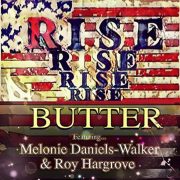 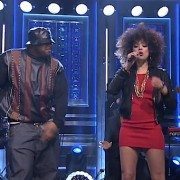 Ghostface Killah Shows Some ‘Love’ To ‘The Tonight Show’ 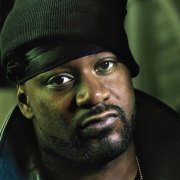 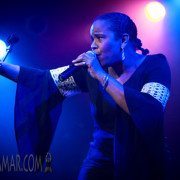 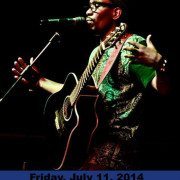 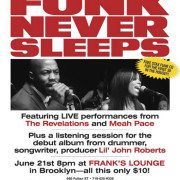 NYC Bouncers: Win Tickets To See The Revelations In Concert!