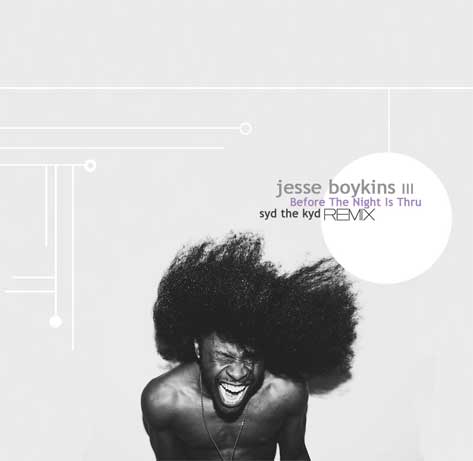 I don't know anything about Syd The Kyd other than she's the lone woman in the Odd Future camp, which is enough to make me run in the other direction by itself. But if I ran, I'd be sure to have her productions loaded up onto my iPod first. Because the output I've heard from her thus far on her remix to Little Dragon's "Seconds" and as part of The Internet is definitely impressive and more appealing to me than the music of her cohorts. She continues her winning streak with her remix of Jesse Boykins III's "B4 the Night is Thru." Out of all the remixes and reinterpretations I've heard of this track, this is by and far my favorite. Syd transforms Jesse's dance floor groove with a slower and sexier tempo to complement his voice, making it readymade for any slow jam (or Cuffin' Season) playlist.