Allen Stone Shows He’s Got ‘Nothing To Prove’ At S.O.B.’s 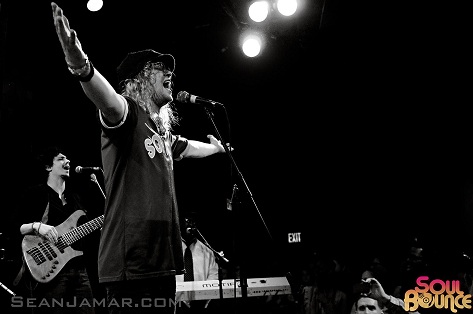 What's the old cliché? "Never judge a book by it's cover"? Well, try as I might, I've been guilty of doing just that more times than I care to admit. And I did just that when I first saw Seattle singer-songwriter Allen Stone. Though friends and colleagues told me about his talents, I'd see pictures of him and immediately dismiss his talents (to be fair, though, he kind of looks like a hipster version of Sir Elton John). However, after checking him out at his Okayplayer-sponsored showcase at New York's S.O.B.'s, I will never make the mistake of dismissing him again. Not only was it one of the best live performances I've ever seen, it was perhaps one of the best times I've had at a show in a long while.
Center 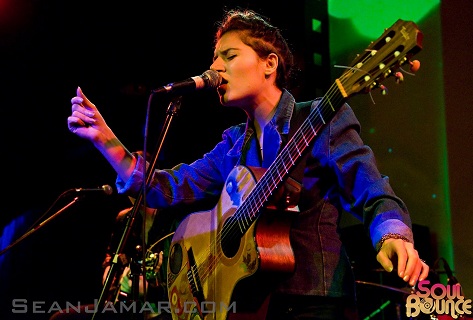 But before I get into Mr. Stone's performance, I'll touch on the evening's opener Emily King. Ms. King, who is probably known most from her debut album, East Side Story, recently released her latest EP, Seven, and her set featured songs from it as well as Story. Her acoustic set started with the mellow, smooth "Down." Her beautiful voice was clear as a bell, and though her set was a bit slow song heavy, she had quite a few fans in the crowd who swayed right along as she went through quite a few of her other songs like "Radio," "No More Room," and "Never Be Lonely." However, the crowd seemed to start to get a little restless during the slower set, perhaps wanting something a bit more uptempo (or perhaps because the show started nearly two hours after the crowd arrived). Emily never gave that to them, but she did end with the touching "In My Evolution," which was mesmerizing enough to shut folks up. 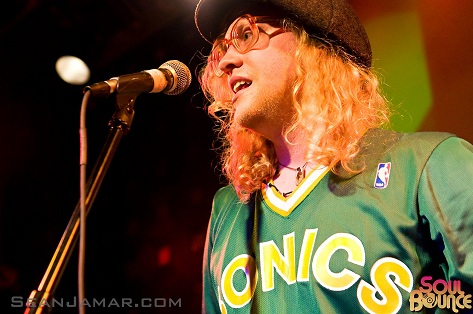 After Emily and her crew cleared the stage, it was time for Allen Stone to shine, and shine he did. Taking it back to the time when soul giants like Stevie Wonder, Donny Hathaway, and the like ruled the scene, he burst onto the stage with the fiery "What I've Seen" and segued into "Sleep" before stopping a minute to say hello to the crowd. He next performed "Celebrate Tonight," which was infused with a bit of what sounded like "Everyday People," and got the crowd on his side.

After sermonizing a bit about the current crispness that soul has taken ("My soul -- I said my soul -- is just a bit greasy!" he said), the defiant "Nothing to Prove" was the next cut that the band played, and Allen decided to take advantage of the song's funkiness. Dividing the room into two sections, he had a dance-off in which he said he wanted to see "the nastiest New York City ass-shakin'" possible. The crowd went crazy and did their best to impress, with Stone assigning the scores (one side got a shaky six). After the fun of that, he decided to engage the audience a bit more with "Say So," asking them to chime in with the repeated chorus on his cue. They happily obliged and even sang along with the verses as well. 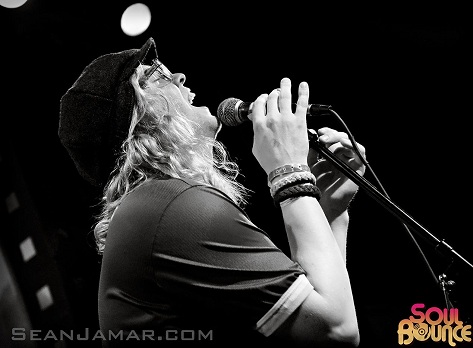 Dismissing the rest of the band and picking up an acoustic guitar, Stone channeled John Mayer for an acoustic set, which featured the remorseful "The Bed I Made" and the highly political "Last to Speak." The latter song was the highlight of this portion. It's fire and conviction was admirable, especially for someone from a generation that has been noted for its apathy. After wrapping up that set, he brought the band back to dig into Bob Marley's "Is This Love?" and his own "Contact High" before singing "Unaware," possibly his best known song. "Unaware," with its slow-jam groove and lover-scorned vibe, hit all the right notes with the audience as they sang along like it was on top of the charts.

The racous "Satisfaction," which is nothing like the Rolling Stones classic, but still has the vibe of Jagger and the crew, was the second to last song of the night, giving the crowd one last moment to party before the night was through. After it was done, he left the audience to play the encore game (because we all know how much fun that is) before returning alone to play "Reality" at the keyboard. It was such a tender moment to end the night, and as Allen played as his falsetto soared the crowd stood awestruck by his talent, regardless of whatever package it was in.