Amy Winehouse Shows Us What Could’ve Been With ‘Half Time’ 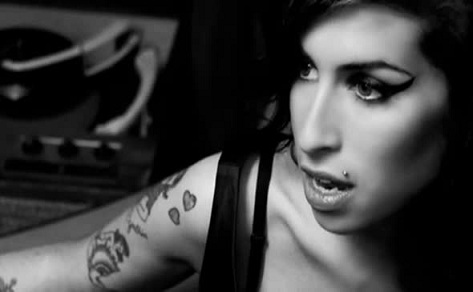 It's only been a few short months since the world lost Amy Winehouse and, as with any tragic loss of talent, we are left to wonder what would have been. It had once been rumored that Amy and pals Questlove and Raphael Saadiq would form a super group and and one day release material. Sadly, that's a day that will never come. But for a glimpse of what would've been, look no further than the latest leak from Amy's posthumous album. "Half Time" appears to be the one recording that Amy and Questo were able to make together before Winehouse's death, and it is, in a word, beautiful. Produced by long-time studio cohort Salaam Remi, the track blends acoustic guitar with lush woodwinds and Questo's signature drumming to make this one of the best songs I've ever heard from Amy. So far, every track from Lioness: Hidden Treasures has been pure gold, a fitting way for such a gifted young musician to bow out. We'll get to hear the entire collection next week when Lioness is scheduled to hit stores. For now, listen to what could have been below.
Center