J*DaVeY better not be playing with my emotions. It seems that we are closer and closer to actually getting New Designer Drug in our grubby little hands and I don't want to feel disappointed. And my excitement grows as we get this double video for two of NDD's tracks, "Whatchalookin@" and "Kill 4 Fun." The video is decidedly low budget, what with it just being Brook and Jack (and her cavalcade of wigs) against backdrops and all, but definitely serves up a lot of bang for its buck. That's mainly due to the visual effects that they employ, especially in the "Kill 4 Fun" portion of the video (Brooks twisty-neck thing is particularly eye-popping). But all that isn't what really has me amped. Not only do the studio versions of both these songs sound great, but the video keeps that J*DaVeY vibe without compromise.With the promo tour and artwork that we got from the ILLAV8R camp over these past few months, it looks like NDD will indeed be here sooner rather than later. So guys, please don't show me all the goods to only have me wait until next Neveruary 13th for the actual album, okay?


TAGS:  brook d'leau", ILLAV8R, j*davey, miss jack davey
Previous: The Internet Invite You To Try Some Of Their ‘Cocaine’ Next: Afro-Blue Channel Janet Jackson On ‘The Sing-Off’ 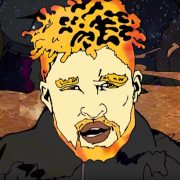