Royce Wood Junior & Michael MacWoonald Have A Song For ‘Jodie’ 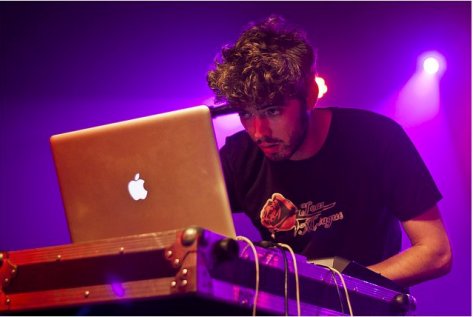 SoulBouncers may not be that familiar with the name Royce Wood Junior, however if you paid attention to Jamie Woon's stunning mirrorwriting earlier in the year then you will at least be familiar with his sound, as he produced a significant chunk of the album. After working with Jamie, and another SB favourite Stac, Royce is stepping out and releasing material under his own name and, if "Jodie" is anything to go by, this is great news. Accompanied by the not-so-mysteriously named Michael MacWoonald on vocals, "Jodie" sounds like some long-lost, futuristic D'Angelo jam. Press play and prepare your ears. [H/T: PBB]


TAGS:  audio, d'angelo, jamie woon, Michael MacWoonald, Royce Wood Junior", stac
Previous: Morning Soul: I’m Rough And Tough And All That Stuff Next: Is Anthony Hamilton Looking To ‘Woo’ A Younger Crowd On ‘Back To Love’?