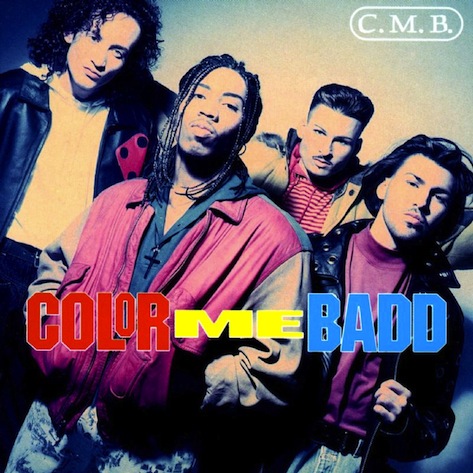 The summer of 1991 found me as a geeky, socially awkward teen whose primary escapes were through music and mushy romance novels. Lost in those two worlds, I would sit and daydream of the day I'd be swept off my feet by a long-haired lothario who said all the right things--through song, of course. So when a quartet hailing from Oklahoma City dropped their debut album, C.M.B., (the day after my 13th birthday, no less) I considered my fantasies realized. Color Me Badd possessed everything a '90s R&B group should: great hair, sappy lyrics, and tight harmonies.
Center

Of course, this Color Me Badd story started in a few months earlier in 1991 when members Bryan Abrams, Mark Calderon, Sam Watters, and Kevin Thornton blasted onto the scene with what would become their most popular song, "I Wanna Sex You Up." The spicy number had the honor of also appearing on another of my favorite albums of the year, the New Jack City Soundtrack. It also provided the background music to one of the film's racier and most memorable scenes. (I mean, who could forget Uniqua's sensual and utterly disrespectful striptease for Bishop? At any rate, I digress.) Both the song and movie were likely way too advanced for my teen self to be taking in, but it was hard to escape the song's reach. It was all over radio airwaves, while the accompanying video seemed to plant itself in heavy rotation on such music video mainstays as BET and The Box. The song, which borrowed from Doug E. Fresh's "La Di Da Di" and Betty Wright's "Tonight Is the Night," managed to appeal to both young and old audiences alike, quickly propelling it to the top of the music charts around the world, including the United States, United Kingdom, and New Zealand. Before the album was even released, the single was already certified double platinum.

With the subsequent release of C.M.B., the quartet appeared to be the more soulful, smooth, and mature alternative to the chart-topping pseudo-street image that made the New Kids on the Block, the #1 boy band at the time. There were no flashy sets and shrieking teens trailing these guys. There'd be no comic books, Saturday morning cartoons, or dolls either. Just a solid debut effort that climbed its way to the top thanks to good vocals and decent songwriting would be the legacy they would leave.

The second single from the album, "I Adore Mi Amor," was the total opposite of "Sex You Up." The overt sexuality was dialed all the way down and replaced with lyrics proclaiming of unwavering love on this ballad. Though driven by Abrams' powerful voice, each member got to flex their vocal skills, revealing that the group didn't consist of just a strong front man aided by three back-up singers. The video was equally as dreamy, depicting each member casually lounging about on a beach with their lady loves. The romantic approach clearly worked for the fellas as well, as the song also quickly made its way to the #1 spot of the Billboard Hot 100.

As they continued to release other singles such as "All 4 Love," "Thinkin' Back," and "Slow Motion," the men of Color Me Badd cemented themselves as one of 1991's top new acts. Fans clamored for the album's infectious dance tunes and ballads. With the bar set so high, it seemed the group of harmonizing friends was destined for success with the album's release. Worldwide sales topped over six million copies and C.M.B. was certified three times platinum in the U.S., two times platinum in Canada, and gold in the U.K. Awards and accolades quickly followed with the group taking home the Best R&B/Soul Single honors at both the American Music Awards and the Soul Train Awards, while also earning the Soul Train Awards' Song of the Year top prize the same year. However, the guys would soon learn that view from the top was only fleeting. Although subsequent releases enjoyed moderate success, none of the albums would even come close to reaching the dizzying heights that C.M.B. had.

In retrospect, the album wasn't even half as good as it seemed to me 20 years ago. While revisiting it all these years later, time has revealed lyrics and sentiments so cheesy I could do nothing but laugh and production that is light years away from the more sophisticated techniques we can hear nowadays. But even with the flaws exposed, C.M.B. still remains one of my favorite albums from the '90s. Songs such as "I Wanna Sex You Up" and "All 4 Love" are still fun to listen to, while ballads like "I Adore Mi Amor" and "Groove My Mind" still make me want to throw on a letter jacket, roll up my jeans, and frolic on the beach with some hottie with a great head of hair. The thing that works best for C.M.B. two decades later is admittedly the nostalgia of it all. And in this day and age of unmemorable product and Auto-Tuned artists, sometimes teenaged memories are good as gold. 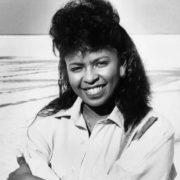 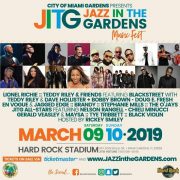