Common’s ‘The Dreamer/The Believer’ Will Make You One 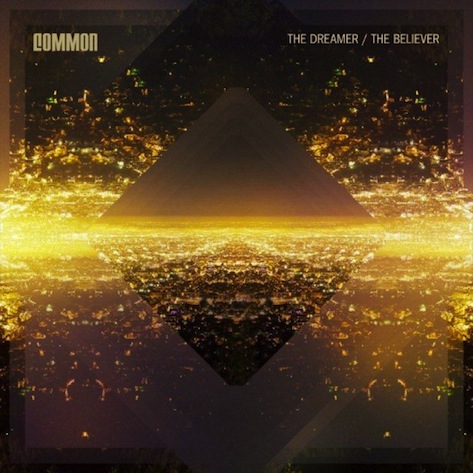 Artists who are equally disciplined and talented tend to have an unsurpassed stamina in the music industry. Common is a prime example of that. The 39-year-old Chicago lyricist has released his long-awaited The Dreamer/The Believer, and this album is on par with some of his best work, which will excite both new and old fans alike.
Center

The lush soundscape of the first track "The Dreamer" invokes a feeling of wide-eyed optimism. We find Com the way we remember him on Be, equal parts hunk and thoughtful revolutionary that every girl with a mini-fro dreams about. Interestingly enough Dr. Maya Angelou, whose work is featured on this song, was reportedly upset with Common for using the n-word, but the flap has since been cleared up. Regardless, this song is just the tip of the iceberg as far as dopeness goes. "Blue Sky" has bass that I'm not used to hearing on Common tracks, but it fit.

The one-time crochet king comes for necks -- specifically that of fellow light bright rapper Drake -- in "Sweet," reminding folks that just because he champions peace and love doesn't mean he can't box lyrically. Veiled jabs like "I'm king/observe the throne AND the dream" are vague enough to dodge in interviews, but substantial enough to make you take pause. When I first laid ears on "Love That I Lost" I thought, now this, this is soul. The horns are funky, and it's on this type of groove that Common flourishes. He finds his sweet spot as the reflective story teller, and revisits some of the topics touched on in "I Used To Love H.E.R." with a 2011, dark liquor, white-wall caddy flavor.

"Cloth" sounds like new love -- ambiguous, light, dreamy. Despite (or maybe because of) being a well-known celebrity with several high-profile relationships, he seems to struggle with the same issues we all face when navigating the difficulties of relationships. Common teams with longtime collaborator John Legend for "The Believer," a balanced offering of Legend's soaring stadium warbling and Common's spitfire flow. They paint a picture that is both hopeful and tense; it quivers with the feeling of faith. Per his usual, Common's dad wraps up the album in his trademark granular voice and sends us off with the transcendental spiritualism that has endeared him to so many fans. Common begins and ends his album with distinctly uplifting material.

The Dreamer/The Believer
is the spiritual sibling of Be, in a way that Universal Mind Control was not. From the production (No I.D. put his foot into it like a funky houseslipper), to the delivery, to the cohesive nature of the content, this album is a certified banger. Common has shown, time and again, that he has longevity. This album is proof positive that he's still got it, so make sure you go out and get it, too.


TAGS:  common, john legend, no i.d.
Previous: James Blake Makes His ‘Case’ With A New Video Next: Mary J. Blige Does It Right With ‘Mr. Wrong’