Is Ruben Studdard’s Bobby Brown Remake Solid As A ‘Rock’? 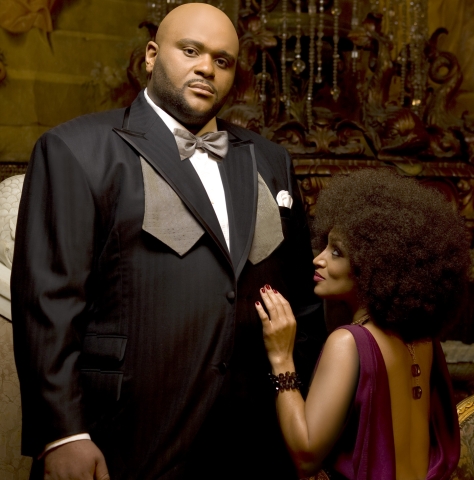 The Velvet Teddy Bear and one-time American Idol champ Ruben Studdard is back on the block, and this time he's setting his sights on some more classic material. We last heard from him playing the fairly decent Alexander O'Neal to Keke Wyatt's adequate Cherelle on their lackluster remake of "Saturday Love," so it's only fitting that Ruben's keeping it 80's with his remake of Bobby Brown's slow jam "Rock Witcha." The remake is actually pretty good. Keeping with the slow jam sensibilities of the original, he actually slows it down a bit more and chooses to keep the production much simpler. No, it doesn't have the same bad boy swagger that Bobby brought to it, but it does have a unexpected sweetness that makes it endearing. Songstress K. Michele even chimes in with her powerful vocal toward the end, her voice and Ruben's melding extremely well together. "Rock Witcha" is from Ruben's forthcoming Letters From Birmingham, which will be hitting stores in March of next year. Will 2012 mark Ruben's return to the charts and hearts of R&B lovers? if he keeps coming like this, it just might.


TAGS:  alexander o'neal", bobby brown, cherelle, K. Michelle, keke wyatt", ruben studdard"
Previous: The Roots, John Legend, Anthony Hamilton & More To Sing A ‘Soundtrack For A Revolution’ Next: Are You ‘Dreaming’ Of Having A Pizza Party With Mayer Hawthorne?