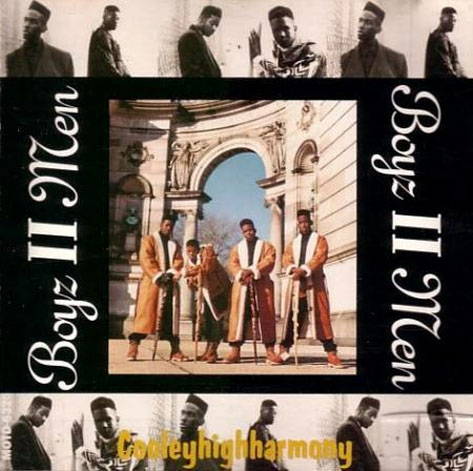 I can say in all honesty that Boyz II Men were the first R&B group that I stanned for. True story. Not the Jackson 5. Not Kool & The Gang. Not even New Edition. But Boyz II Men in all of their matching outfits and Boyz-next-door glory that the world was introduced to on their debut album, Cooleyhighharmony. Sure, the fellas of Jodeci, who also debuted in 1991, were the bad boys who could make your liver quiver, but Boyz II Men were the nice guys you took home for the holidays to meet the family who looked like they were on track to graduate from college with honors and get a good-paying job or go on to grad school. They had the look that just did it for me, but more importantly they had the sound.

Another product of Philadelphia (seriously, what is in the water, air, and/or cheesesteaks in Philly?), Nathan Morris, Wanya Morris, Shawn Stockman, and Michael McCary formed Boyz II Men at the Philadelphia High School for Creative and Performing Arts in 1988. Originally a quintet, the fifth member, Marc Nelson, quit the group prior to recording Cooleyhighharmony in what is probably the worst decision in the history of worst decisions. Now a quartet, Nate, Mike, Shawn, and Wanya went on to record their groundbreaking debut under the watchful eye of New Edition and BBD's Michael Bivens who was now their manager and would go on to co-executive produce this album.

Armed with the tightest four-part harmonies this side of the Mississippi, Boyz II Men kicked in the door in January 1991 with the release of the single "Motownphilly," a New Jack Swinging nod to their legendary label home and their talent-laden hometown. The track was an uptempo dance-floor filler when it was in fashion to dance so hard that you'd sweat the starch out of your good clothes. Mike Biv gave them an assist by also contributing a rap verse to the Dallas Austin production, but what was abundantly clear was that these dudes could sing. Incredibly well.

"Motownphilly" put them on everyone's radar (and high on the R&B and pop charts), but it was the Valentine's Day release of Cooleyhighharmony that would put Boyz II Men in the record collections and hearts of music lovers. The 10-song set featured an eclectic batch of tracks showcasing a range of emotions. From in-your-face uptempos, to mid-tempo grooves, to heartwarming or heat-raising slow jams, these cats could seemingly do it all because the common thread was their practically pitch-perfect vocals. The four singers collectively displayed a vocal skill that audiences hadn't really heard since the Motown era.

The first half of the album was the mellow warm-up to the workout ahead on the latter half. Kicking off with a trio of tracks -- "Please Don't Go," "Lonely Heart," and "This Is My Heart" -- BIIM literally wore their hearts on their sleeves on these three lovesick songs. But for all who thought that these dudes were a bunch of broken-hearted nerds, they flipped the switch with the sensual "Uhh Ahh," which will forever have a slot on any sexytime mix or playlist I make. They took their harmonies from the bedroom to the street corner with their remake of "It's So Hard To Say Goodbye To Yesterday," taken from the Cooley High movie soundtrack. Their a cappella rendition respectfully owned G.C. Cameron's original.

Cooleyhighharmony's "B side" was decidedly more hyped compared to the first five songs. "Motownphilly" changed the pace and "Under Pressure," "Sympin," and "Little Things" kept the party going. The album ended like it started on the smooth tip with the piano-driven "Your Love."

Twenty years later and this album is still damn-near perfect. The only thing that I would change would be the sequencing, which oddly enough wasn't altered when it was repackaged with additional songs and reissued in 1993. To go from "Uhh Ahh" to "It's So Hard To Say Goodbye To Yesterday" is a serious mood killer. Yet and still, Cooleyhighharmony is one of the few albums from this era that doesn't sound dated and can still be enjoyed as much today as it was back in the day.

Boyz II Men would go on to record-breaking pop superstardom by the time their second album, II, was released in 1994, but Cooleyhighharmony laid a strong foundation steeped in R&B and soul. To celebrate their twentieth anniversary in the industry, Boyz II Men released their tenth album, Twenty, in October of this year. The two-disc collection is an excellent effort from the now trio (McCary retired from BIIM in 2003), letting us know that these one-time Boyz may have evolved into Men, but their unmatched sound remains the same. 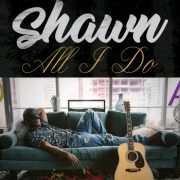