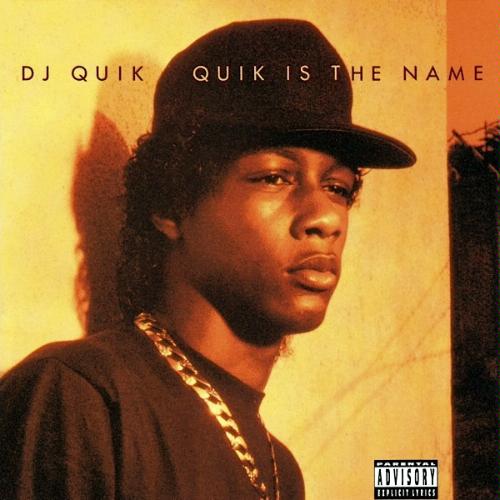 For a brief blissful time, DJ Quik's platinum-selling album, Quik is the Name, was the soundtrack for Friday night bid whist and chicken wing parties with my college friends. To this day, when I hear the bass line drop for "Tonite," its biggest single, it takes me back to our semi-regular attempts at bragging rights for running a Boston. I share this because I think this easy-going house party vibe is exactly what Quik was aiming for with his debut album, along with yet another peek into South Central LA life. Sampling heavily from '70's funk and soul from our parents' day, he takes you on a nostalgic musical journey hyped up by drum machines and thick, heavy bass, while never abandoning his mix tape DJ roots.

While revisiting this album, I couldn't help noticing how many of the beats and melodies were similar to those on Dr. Dre's The Chronic, which wouldn't arrive until 1992. The truth is Quik is just as responsible for creating the G-funk sound as Dre and Warren G in my view. "Born and Raised in Compton," with its chanted chorus and wah wah guitar chords feels a lot like Dre's "Let Me Ride" and "N---a With a Gun." Quik and Dre also dig in the same crates for samples from funk and soul legends like Parliament Funkadelic, Isaac Hayes, Willie Hutch, Betty Wright, and Rufus Thomas. Ms. Wright's classic "Tonight is the Night" provides the hook for lead single "Tonite" and a sample from unsung funk band Kleer provides the bass groove. Foreshadowing what Dr. Dre would later do on "The Day the N----z Took Over," DJ Quik takes on the booming dancehall influence in the '90s with "Tha Bombudd." He does a great job letting the reggae guitar drive the beat while he feigns a light Jamaican accent.

In keeping with the house party theme, we also find Quik sampling from comedy albums, also called "party records" in the '70s. He incorporates samples of Richard Pryor's "Wino Dealing with Dracula" on "Born and Raised in Compton" and later from the Lawanda Page (aka Aunt Esther) routine "Husbands and Whores" for the East Coast-influenced "Tear it Off." Both "Deep" and "8 Ball" have funky guitar beats and are just plain fun songs also.

Why then didn't Quik is the Name it take over the music industry the way The Chronic would a year later? Certainly no one can doubt Quik's grind and talent. I think the reasons have to do with timing and circumstance. First, Quik doesn't have a strong, captivating tone as a rapper. His style reminds me more of early Too Short or Eazy-E -- stripped down, youthful, and with the slight Southern twang many transplanted Californians possess. Prior to his debut, Quik was known as a popular mixtape DJ, but that rep could not compare to Dr. Dre's well-established place as a member of NWA. Besides producing all 13 tracks on Quik is the Name, he also shoulders most of the lyrical load himself, with scant few collabos on his tracks. This is admirable, but doesn't do much to create buzz when you are a brand-new recording artist. Conversely, proving timing is indeed everything, Dre and his budding superstar/protégé Snoop Dogg were white hot, coming off the massive sleeper hit "Deep Cover" from the soundtrack of the same name.

Finally, as with many other artists of all genres, DJ Quik has been plagued with contractual issues throughout his career. After signing with Profile Records, Eazy-E offered him a $1 million dollar advance to come to Ruthless Records, prompting Profile to issue a cease-and-desist letter. After he produced Truth Hurts' Top 10 R&B and pop hit "Addictive" in 2002, it came to light he'd used an uncleared Hindi sample, and the copyright holders eventually filed a $500 million dollar lawsuit against Truth Hurts' label, Aftermath Entertainment. He would also bounce in and out of house producer jobs with Suge Knight's Death Row Records in 1988 and again in 1993. Quik's biggest hindrance was his 10-year contract with Profile, which frustrated him to the point of considering retirement in 2003.

Thankfully for the music world, Quik persevered. He went on to start his own successful independent label Mad Science Recordings, in 2005. His first independent album, Trauma, was a commercial success, selling over 100,000 copies. He continued to do critically and commercially successful production on Jay-Z's The Black Album, Ludacris' Red Light District, and 50 Cent's Get Rich or Die Tryin. His latest album, The Book of David, dropped in April of this year, entering the top five on Billboard's Top Rap chart.

Quik is the Name is a landmark album and would appeal to any fan of either early '90's rap or West Coast G-funk. It may not have received the hype or press of The Chronic, but it deserves as much respect as any other West Coast album from that era. 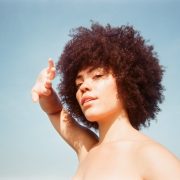