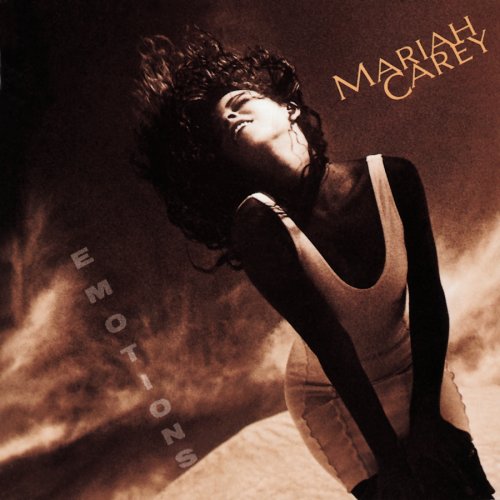 Success is a double-edged sword. Triumph not only makes most artists household names, it also ups the ante for their next effort significantly. It's a lesson that Mariah Carey learned in 1991 when she tackled the sophomore slump with her album Emotions. Flying high from the chart domination of her self-titled debut, it seemed that Mariah was the industry's golden girl and expectations were high for her next record. With the success of the album's title track as the first single, it looked as if she might repeat the feat she'd accomplished before. Sadly, once Emotions was released to the masses it didn't perform to expectations and received decidely mixed response from music critics. In fact, It remains only second to 2001's Glitter as her lowest peaking record to date on the Billboard charts. While it won't rank as the most commercially successful album of her career (despite still going multiple times platinum), the sales of the album didn't reflect the album's quality at all.
Center

Unlike Mariah Carey, Emotions only launched three singles. But boy were they good singles. The aforementioned title track was a Robert Cliviles and David Cole produced joyful romp about the first blushes of love that put her whistle register to the test. It also took her to the top of the charts for the fifth time. The second single, "Can't Let Go," a lovelorn ballad that Carey wrote with Walter Afanasieff (who was the only hold out from her first album involved with Emotions) gave the emotional intensity that she'd had with "I Don't Wanna Cry." However, my personal favorite from the album was the funky, gospel-tinged single "Make It Happen." Another Cliviles and Cole production, it was an autobiographical tune about her struggle-filled younger years that championed belief in yourself and faith in God, which the singer attributed to her own success.

The singles weren't the only parts of the album worth mentioning, though. Her collaboration with famed songwriter Carole King on "If It's Over" was one of the album's most anticipated songs, and it delivered on the hype quite well, giving Mariah a bluesy, Motown-like record that evoked a soulfulness of the singer's voice and styling that hadn't really been heard on her first album. The end of the album also included two of the best songs that Mariah has ever recorded, "Till the End of Time" and "The Wind." Both put her vocal talents on display, layering her voice on the backgrounds and letting her leads bloom and flourish. This is especially true of "The Wind," which is best described as a precursor to 1997's "My All."

As two decades have passed since its release, Emotions almost seems to be Mariah's lost album. No one really mentions it when talking about her catalog. With the hugely successful MTV Unplugged live EP and Music Box coming soon after, it's understandable to see why it's overshadowed. However, Emotions still showed a very talented young woman just on the verge of becoming the megastar that she is now and deserves to be mentioned whenever you're discussing Mariah's best work.