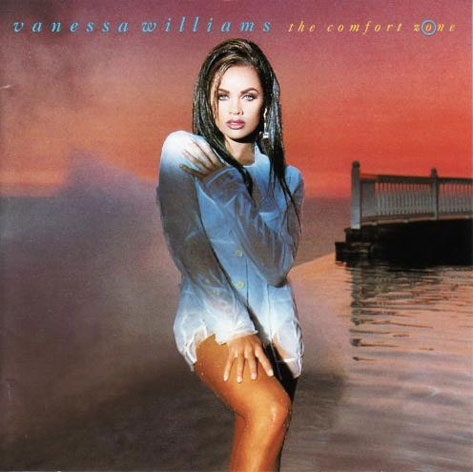 Before she became a household name and face through Ugly Betty's "Wilhemina Slater," the Emmy, GRAMMY, and Tony Nominated, Vanessa L. Williams had quite the impressive string of successes in music, film, and theatre respectively. She also had the hearts of just about every black boy or man in the country before some chick named Halle came along. The first African-American Miss America established a legitimate music career from the beginning. We had no reason to believe she couldn't, but rarely had a pageant queen succeeded in another career. Not only was her debut a substantial effort, it surpassed all expectations with three top ten singles and a number one song. She had proven that this would be no summer project or side hustle but the beginning of a promising career.
Center

Summer of 1991 began with "Running Back to You," a funky new but old dance jam indicating that Vanessa Williams' return would be even more credible than her The Right Stuff debut. In August, her sophomore effort, The Comfort Zone, arrived pushing the envelope of the R&B diva encompassing R&B, old-school soul, jazz, and pop in a comprehensive package. The sultry title song opened the project with a sound as enthralling as our beauty queen on the cover. A brilliant use of samples throughout the opening tracks accent the already thunderous original compositions atop them. Her upgrade to the Isley's "Work to Do" was daring, yet properly and successfully updated with the aid of Dres from Black Sheep's clever verse.

Where Vanessa conveys her own identity is sheer sophistication. A sultry vocalist even on uptempo tunes, she truly maturated the record with the ballad trio of "Still in Love," "Save the Best for Last," and "What Will I Tell My Heart." From R&B, to pop, to jazz standard, she was convincingly a leading woman like too few were capable of being in one of R&B's driest periods in history. The album held the class of a jazz production when it accessed that chamber but was able to deliver a groove where other one-dimensional artists would've failed.

The album also managed to succeed without the aid of the "flavor of the month" hot producer. Lesser known or even unknown producers made a more full album than one would expect. Utilizing writers and arrangers like the seemingly ubiquitous Kipper Jones and soon-to-be household name, Brian McKnight, Comfort charted a string of smash singles with no Jam & Lewis, LA & Face, or Teddy Riley in sight. Traveling across a multitude of genres, The Comfort Zone was a triumph befitting its multi-talented, multi-faceted regal author. It was her first platinum album and paved the way to even bigger success in music and film for nearly 20 years to follow.