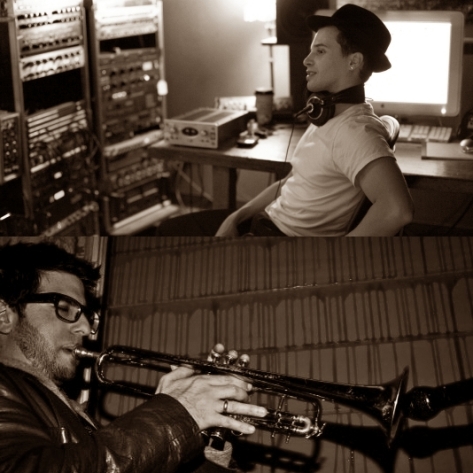 Earlier this week LA-based production duo The Decoders (aka Itai Shapira and Todd Simon) released their fantastic cover of the Ruby & The Romantics classic "Hey There Lonely Boy," featuring the one-and-only Coco O. on vocal duties. In the midst of a hectic mixing and mastering schedule for that track -- and the remainder of the EP -- the guys took some time out to have a quick chat with SoulBounce. Itai and Todd discussed their process for choosing which covers to include on the EP, why they chose to do Lovers Rock-inspired versions of classic soul tracks, their love for Minnie Riperton and Leon Ware, and their appreciation for indie artists. Get the full lowdown after the bounce.
Center

SoulBounce: First of all let us say congratulations on the EP. We've had a sneak preview and it's sounding fantastic.

Itai Shapira: Thanks, it feels great.
Todd Simon: Thank you for the kind words.

SB: Before we talk about the Volume 1 can you tell us a bit about your respective backgrounds in music, and how the two of you came to join forces as The Decoders?

IS: I studied music at UCLA (B.A. in ethnomusicology). From there I began working with local artists in LA and met Todd Simon through that scene.
TS: I'm the trumpeter/arranger behind projects such as Mayer Hawthorne, Madlib's Sound Directions, TV On The Radio, Connie Price & The Keystones, El Michels Affair, The Mochilla Timeless Series, Quantic Soul Orchestra and many more. I've spent a huge chunk of my musical career working with Jamaican legends such as Leroy Sibbles, the Soul Syndicate, Derrick Morgan, Cedric Brooks, and Bob Andy. Itai and I met through a mutual musical friend, KCRW DJ Jeremy Sole. Itai's played bass in Sole's live Musiacs project. Itai had been familiar with my work with The Lions and hit me up to see if I was interested in recreating the Music Sales catalog through the lens of Lovers Rock. I couldn't resist.

SB: So, are The Decoders just Itai Shapira and Todd Simon, or are there other musicians involved on a permanent basis?

IS: Initially the project started as an idea that I pitched to Todd to see if he'd want to partner up with me. He agreed and thus we became a producer duo. However, The Decoders as a live band includes Quincy McCrary (of Mayer Hawthorne & The County) on keys and Blake Colie (of The Lions) on drums. They make appearances on the EP as well.

TS: Instrument-wise Itai is responsible for guitar, bass, and beats, while I am taking care of the horn and string arrangements. We throw ideas back and forth to each other throughout the creative process. At times we have found ourselves taking away many elements to create the space that is so crucial to getting these tracks sounding the way they do. To get the music sounding authentic we enlisted Quincy and Blake. They are crucial to the creation of these songs.

SB: Can you tell us how you chose which songs to include on Volume 1? Was there a specific process or were they just songs you both like?

IS: Music Sales, the publisher that owns all the originals, gave Todd and I permission to flip through their catalog and mine through it to hand select our favorite classic tracks.
TS: We spent some special time picking songs. Itai was eager to hit "That's The Way Of The World." That's been an all-time favorite of mine since childhood so it made sense. While scouring the catalog I found "Hey There Lonely Boy" and immediately thought of Coco. The catalog is so dense, there are so many incredible songs to choose between. We're talking about songs that date back to the 1920s.

SB: The re-interpretations on the EP have been given a dub-reggae/Lover's Rock feel, why did you choose that particular style?

IS: I have always been a fan of Jamaican interpretations of American R&B and soul. It is a tradition that I have always enjoyed and wanted to recreate in our own way.
TS: All of [Richard] Rudolph's catalog seems to fit so well with the early '80's Jamaican feel and sound. Lovers is so special and not too many musicians are hitting that sound. I've spent most of my Jamaican music-making experience in the ska/rock steady/roots world and have always wanted to get into the Lovers realm. I'm always trying to work in new musical environments. Why keep making the same thing? Musicians are human and should be constantly evolving.

SB: Out of the five tracks on the EP, three were originally sung by Minnie Riperton. I understand that Minnie's musical partner/producer, Richard Rudolph, oversaw the whole project? How did that come about?

IS: I began working with GRAMMY award-winning producer/bassist Larry Klein about three years ago. He partnered up with Richard Rudolph and together they operate the studio where many a great record has been made, Market Street. Later on I discovered who he actually was and, being a huge fan of Minnie Riperton, I approached him with the concept of The Decoders and he loved it. Since then we have become close friends.

SB: You managed to get Leon Ware, the original writer behind Minnie's "Baby This Love I Have," to provide vocals on your remake. How was it working with such a musical legend?

IS: Leon first came into the picture through doing writing sessions and recordings at Market Street with [Richard] Rudolph. As it turns out, they have been writing together for quite some time. I knew that Leon could sing, so I thought "why not get him to sing on the song that he originally wrote?" That's how recording "Baby This Love I Have" came about. Working with Leon was a dream come true. We cut his vocals in his home studio in Marina Del Ray, CA.
SB: As well as Leon, you managed to pull in some indie-soul favorites including Sy Smith, Coco (of Quadron), and Nia Andrews. How did you choose which vocalists to work with on each track?
IS: Todd was really instrumental in hand picking the singers for the project. It was a very intuitive process for the most part.
TS: Sy and I toured together in Macy Gray's band. She is one of LA's most talented vocalists. One of the few that can nail Minnie's sound and high range with flawless effort. I've been working with Quadron since Robin Hannibal and Coco have been in LA. Coco has one of the freshest voices to hit the scene in a while. Nia and I have frequented a few special LA underground jam sessions and have always linked musically. Her work on Mark de Clive-Lowe's new album is exquisite! I hit up all three to see if they were down to contribute and they easily agreed.
SB: You are planning on releasing the tracks as individual singles, one month apart. Why did you choose to take that route rather then the more traditional EP/album release?
IS: Todd and I decided it would be a better strategy to leak the singles one after another to build on the online buzz.

SB: With the EP title being Volume 1, that would imply that there are further volumes to follow? Are you intending to follow a similar reggae/Lovers Rock route with future projects or is it too early to say?

TS: Yes. We have even talked about introducing some Afro-Brazilian, cumbia, and other Latin influences in to the mix as well. 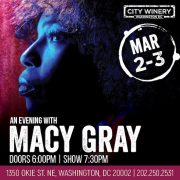 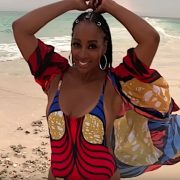