What The Game’s Been Missing: A Hip-Hop Soul Christmas Carol 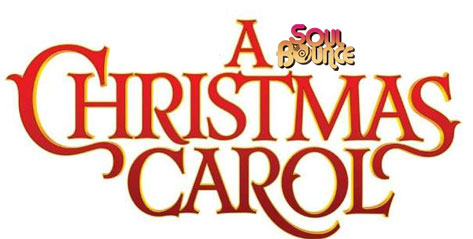 Ah, the glories of the holiday program!

I guarantee you that nothing makes my mother's heart melt more than the treasured holiday program at my elementary school. To her it represents the true spirit of the season, distilled in the precious voices of little people singing about God and Santa, reindeer and the principles of Kwanzaa. In a holiday season wrought with the anxiety about buying the "perfect" gift or out-decorating the Jones', how often do you get that type of true joy? Where can you find those redemptive tales that are packaged so sweetly, just in time for Jesus' birthday? Most importantly, wouldn't it be dope if there was an annual holiday revue by our favorite soul artists?
Center

What would that even look like? Definitely not like that Chris Brown/Loretta Devine/Regina King flick This Christmas that dropped a few years ago -- them ain't Loretta's "children" -- but something more in the vein of a musical but with artists playing the well-known and loved holiday characters. Like A Christmas Carol, but with black folks. And singing, of course.

So let's map this out, shall we? Our characters in A SoulBounce Christmas Carol would be as follows:

So while you're at your annual employee Christmas party judging your boss' ugly sweater and wondering what exactly your co-worker put into her cheeseburger pie, consider what Christmas (or Hannukah, or Festivus) story you would like your favorite artists to do. Maybe SoulBounce can swindle convince some of them to do a hip-hop soul version of it. Next year, that is.