What The Game’s Not Been Missing: Mad Music 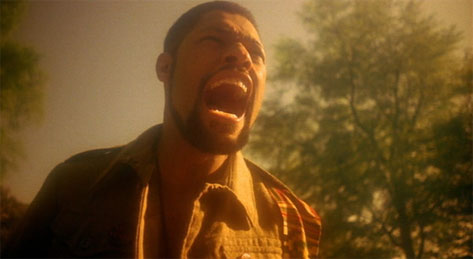 If you didn't already know, SoulBounce is the leading authority on all things soul and R&B related, or so we've heard. Our very own Kimberly Hines, better known as Butta, was interviewed and quoted in a recent CNN article, "Where is the love in R&B music?" This article, written by John Blake, takes a deep dive into the pathologies of current music culture, R&B in particular. He lamented the loss of love in an era of music that values popping that p---y for a goon over music that makes you want to love up on somebody and was able to dig up academic research to back this up.
Center

"Psychology professor Gordon Gallup Jr. and student Dawn Hobbs studied the subject matter of the 174 songs that made the Billboard Top 10 in 2009. They analyzed three musical genres among the top-selling songs: R&B, country and pop.
The researchers at the University at Albany in New York found that R&B contained the most references to sex per song (an average of 16 sex-related phrases per song). The top three sexual themes in R&B songs were the singer's sex appeal, the singer's wealth as it relates to finding a partner, and descriptions of sex acts. A total of 19 song themes were examined."

Let's think about this now: gutter music is not new; it never has been and never will be. Hip hop is former gutter music. Rock & Roll is black gutter music with white performers. Blues and jazz always had someone talking about watching someone's "jelly roll." This begs the deeper question: Why are there so many love haters now? Who hurt these R&B cats so bad that they can only talk about their sex & wealth? Why are they so mad at the world?

My personal belief is that the ratio is off. It used to be that 80% of music was solid and well-crafted, and the other 20% was allotted fluffy nonsense. Now 99.9% of what is on mainstream media outlets is allowed to be 100% bullsh-t, mainly because audience can't stomach real musical food (for an interesting breakdown on this concept, check out Big Ghost's thoughts on haters). And what's the lowest hanging fruit of topics to sing or rap about? Sex. Violence. You don't even have to dress it up, you can just have a song of straight curse words and it will be a guaranteed hit. Now we have golden-toothed rappers beseeching us to "bussit," and R&B crooners that weigh a buck 50 soaking wet instructing grown women to "Say Aah" and take it seriously. GTFOH. Apparently there is no need to seduce us with clever euphemisms for sensual delight, no aural foreplay. Just bussin it. That's a recipe for bad sex and even worse music.

Music seeps into our spirit precisely because we are allowed to be completely absorbed in it, whether it is "No Hands" by Waka Flocka or "Rather Be With You" by Bootsy Collins. Music is an essential component of getting it on -- does this mean that sex had to mad music makes mad babies and in turn, a mean and unloving future generation? Maybe listeners need to start getting mad, too -- at these artists and media outlets that keep shoveling sh-t our way -- and start demanding more music that originates in love rather than anger.

Now if you'll excuse me, let me log off and listen to undun and the new Betty Wright CD.


TAGS:  Bust it baby", cnn, John Blake, r&b, sex, soul music, Waka Flocka, Why You Mad
Previous: The Roots & Bilal Take It To The ‘Other Side’ On ‘Late Night’ Next: SoulBounce’s Class Of 1991: Shanice ‘Inner Child’ 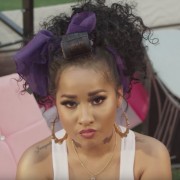 Tammy Rivera Holds Her Man Down In ‘All These Kisses’

Morning Soul: And When I Say Stupid, I Mean Stupid Fresh 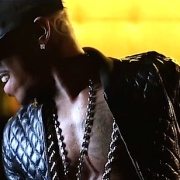 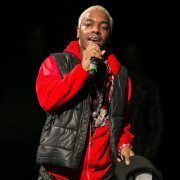 Morning Soul: It’s Only Logic For My Love To Be Glistening