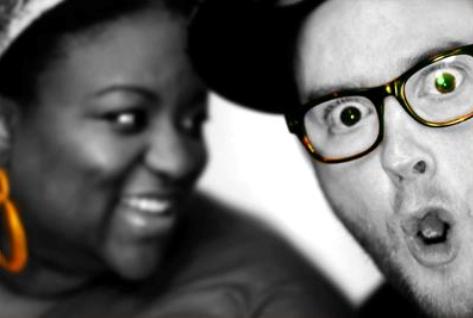 You know when you get that little piece of information that makes your day week month? Well folks that has just happened to me upon learning that the long-awaited album from DivaGeek, aka Vula Malinga and Ben Jones, is coming, and coming soon. Both Vula and Ben are well known on the UK soul scene, having worked with just about everyone in Vula's capacity as a vocalist/backing vocalist and Ben's as a very talented producer/instrumentalist. We have already heard the tracks "Sunday" and "Alien" (the latter won't be on the album), but now the duo have released an album sampler, which you can get into below, for your listening pleasure. Not only that, you can hit the bounce to check out a video of Vula singing some of the tracks live in the studio (aka their living room). There's no solid release date for He Said, She Said as yet, but we will be sure to keep you informed.