Elle Varner Is A ‘Conversational Lush’ 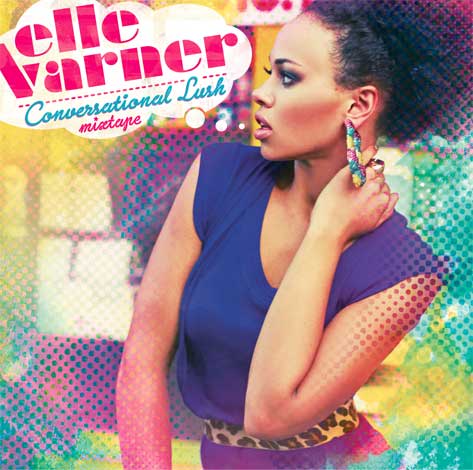 Quirky cutie Elle Varner has worked her way into our ice cold hearts here at SBHQ. Her breakout hit "Only Wanna Give It To You" was so beloved that it made our Hot 16 Best Songs of 2011 list, and the tasty candy-coated bits and pieces we've heard from her debut album, Perfectly Imperfect, have us open like the doors of the church. That project still doesn't have a release date, but earlier this week she dropped a mixtape out of the blue entitled Conversational Lush. The 10 songs (of 13 tracks total) are as eclectic as the singer herself, but her raspy vocals are the glue that holds it all together and a few in particular really stand out. Personal faves include the worst day ever scenario of "WTF," which I can totally relate to because I've had way too many of those "Calgon take me away" train wreck kinda days myself, and "Feel Like A Woman" which finds Elle channeling her inner sex kitten as well as her upper register on this Lover's Rock-flavored cut with Bei Maejor kicking a rap. If these two jams are free mixtape fodder then I really can't wait to hear what kinda hotness she's got in store on her real album. In the meantime, bounce on over to Elle's SoundCloud page to download Conversational Lush.
Center