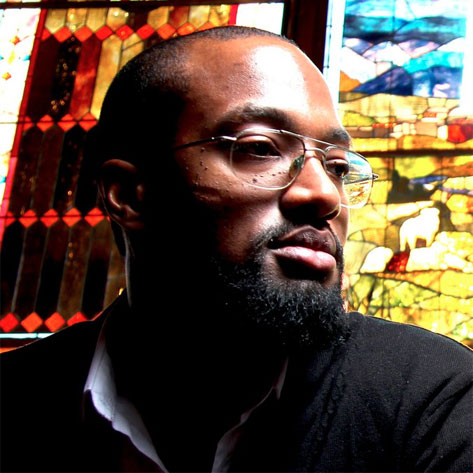 Side projects are often a way for artists to spread their wings and do something outside of what we've come to expect from them. Whether an artist changes their name, forms a new group, takes a break from a group, or what have you, change is good and welcome. Rapper-turned-producer Hezekiah is quite familiar with this after last year's solid debut from his side dish the iSHE + Hezekiah Project. Now he's added something else to his plate with the emergence of Johnny Popcorn, which finds him linking up producer Tone Whitfield. This time around Hezekiah is back in front of the mic, but in a new role -- that of singer. Johnny Popcorn is something that he's been talking about for a few years now, and the official first single is here to give us a glimpse at what this duo has in store. "Hello to the Bad Guy" is definitely a different sound from the hip hop and soul that we've come to associate with Hezekiah who sings over a guitar-driven track that Mr. Nice Guy is dead and gone. The vocals aren't the strongest, but they fit the tone and sentiment of the track. If your curiosity is piqued, then press play and download the freebie while we wait for the full album to drop in March.
Center