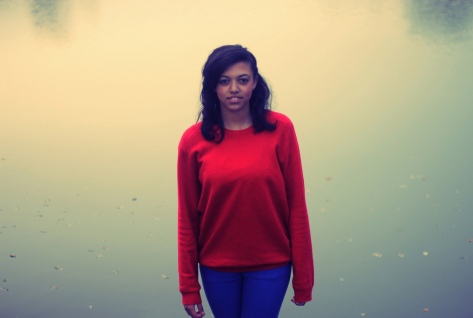 While killing time on Twitter today I've seen several people singing the praises of a young 13-year-old singer named Mahalia. Ready to dismiss it as some cutesy girl covering a teeny-bopper pop song on YouTube I kept it moving, but with repeated RT's, some from people whose musical opinions I respect, I decided there was no harm in pressing play. Let me just say that I was in no way prepared for what I would hear, in fact I had to check, re-check, and check again that this was in fact a 13-year-old youth and not a grown woman. Most of the praise was directed to her acoustic cover of the Artic Monkey's "Mardy Bum," but then a video surfaced of her rehearsing an original song called "Let The World See The Light" and things got a little more interesting. As is clear from the video, Mahalia isn't just a singer, she is also a dab-hand with an acoustic guitar and can apparently also play piano. Some kids get all the talent. Check out the Artic Monkeys cover below then check out the video. Information on her official site is a little thin on the ground, but I'm definitely looking forward to hearing more from this talented young lady.