The Bamboos Cover James Blake & We ‘Scream’ With Delight 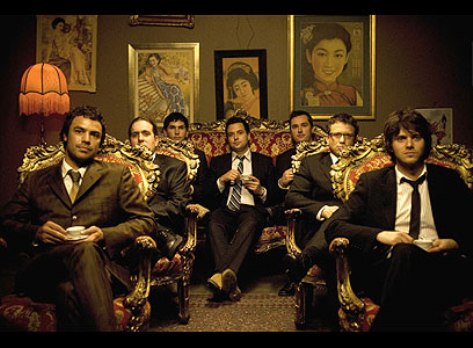 Australia's premier deep funk outfit, The Bamboos, celebrated 10 years in the game last year by releasing a limited-edition 7-inch vinyl featuring a reboot of their first ever single "Eel Oil" and a cover of James Blake's "Wilhelm Scream" featuring vocalist Megan Washington. This year they will release their fifth studio album -- seventh if you include the two Bamboos present Kylie Auldist albums -- and the Blake cover will act as the first single. The Bamboos' version adds a warmth, and a heavy dose of funk, to the minimalist original, but that mournful sense of loss is still there and conveyed by Megan perfectly. Their 4 album was certainly one of my favourites in 2010, so I have high hopes for their upcoming project. [H/T: TCS]


TAGS:  audio, james blake, Kylie Auldist, Megan Washington, The Bamboos
Previous: Get ‘High’ Off This Cubic Zirconia Remix Next: Will You ‘Love’ How Kamilah Sumner Operates?