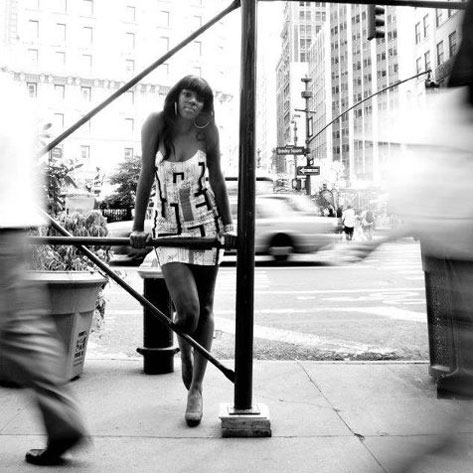 When we last heard from Jazzy she had just released the EP, Letters to a King, which featured her updated spin on R&B and soul classics by six female icons. It took a lot of gumption for her to tackle songs by soul sisters such as Sade, Anita Baker, and Minnie Riperton, but she passed our rigorous tests and we were quite taken with the project. Now the Los Angeles-based songstress is gearing up for the release of her sophomore album, and we're quite excited to hear the first single "Boomerang (Come Back)."
Co-written by Jazzy and Bobbie Pen and produced by Wow Jones, "Boomerang" brings to life that all too common relationship struggle of wanting to get that old thing back. The first half of the song has a similar cadence to Jordin Sparks and Chris Brown's "No Air," but then the tune gets more original in the second movement. Listening to this was almost like getting two songs in one, both of which were enjoyable. Look out for Jazzy's as-yet-untitled new album in the coming months and cop "Boomerang (Come Back)" in the meantime.
Center