Usher & Diplo Want To Bring You To ‘Climax’ 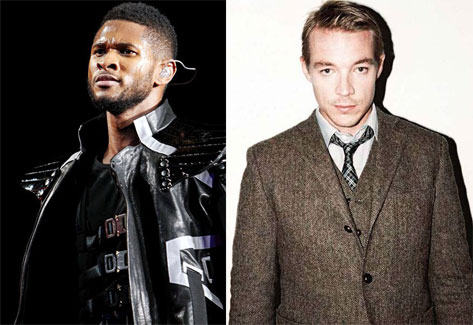 After conquering R&B, pop, and, most recently, techno, Usher has set his sights on electro soul as his next genre to try on for size. Under normal circumstances I'd be very, very afraid because Mr. Raymond hasn't been "soul" in a number of years, but with DJ/producer/label owner Diplo behind the boards my fears were quelled and the outcome was something that I totally didn't expect. Named "Climax," when the track begins it's unclear if it's going to be electronica, dubstep or what, but it goes in a different direction altogether with a subdued electronic soundscape and Usher singing about a relationship that has reached its expiration date. Much like the name of Diplo's label, this collaboration is mad decent. Hopefully this isn't the only thing that they've cooked up in the studio.


TAGS:  audio, diplo, usher
Previous: Spend A ‘Day’ At Sea With Quadron Next: What The Game’s Been Missing: People Having A Seat