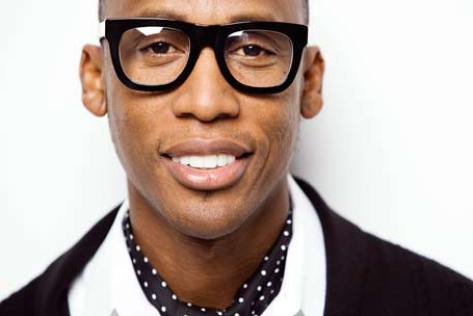 Usually unreleased material from our favorite artists is unreleased for a reason -- often it dosn't match the quality of their existing output or is in some way unfinished, but occasionally tracks pop up that beg the question: "why the hell hasn't this been released?" Well thanks to the good folks over at BamaLoveSoul we have one less undiscovered gem to worry about. "They Don't Know You" apparently dates back to 2004, when Raphael Saadiq asked Steve Spacek to co-produce an album with him that was to be called Pookie Blue Room. Obviously the album never saw the light of day for one reason or another but if this track, which features Common and Ledisi, is anything to go by then we, my musical bretheren and sistren, are missing out big time. Obviously the track pre-dates Saadiq's "retro" phase, and instead shows him to be the forward-thinking, modern soul man that many of us fell in love with on Instant Vintage and Ray Ray. The track was leaked by one of the albums executive producers as he felt it was too good to sit on. Let's hope he feels the same about the remaining nine cuts.


TAGS:  audio, common, ledisi, raphael saadiq, steve spacek
Previous: ‘He Said, She Said’, We Said DivaGeek Got Next! Next: Three Ways Jay-Z & Kanye West’s ‘Ni–as In Paris’ Video Did Not Get In The Zone