Ahmed Sirour Gives Us Something To ‘Believe’ In 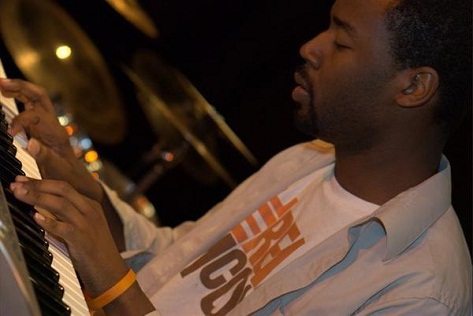 Though it's been over a month since Whitney Houston's untimely passing, the world is still reeling from the loss. SoulBounce fave Ahmed Sirour decided to tribute the late singer by offering an acoustic piano version of the Four Tops' "I Believe in You and Me," a cover of which Whitney performed on the soundtrack to her film The Preacher's Wife. While Whitney's version of the song was flawless and soaring, his version takes on a more reflective tone. It's a moving rendition, sure to make you ponder the great sense of loss that we are all surely feeling in the wake of the fallen star's death.

"This version you hear is in no way perfect, or thought out too well, and is unmixed," Ahmed says. "I didn't really practice it much but just decided to get the basic structure and just let the rest come through me as I felt it...melancholy but meditative, knowing Whitney no longer has to suffer any more."