Cody ChesnuTT Wants To Put A ‘Spell’ On You 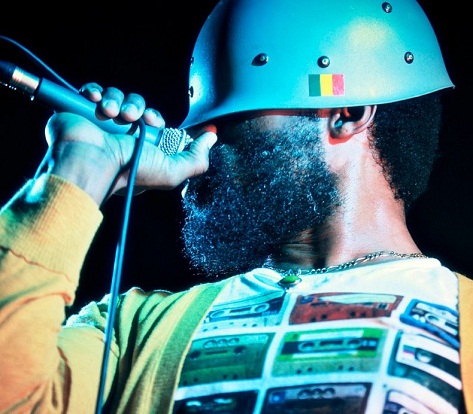 Cody ChesnuTT is a name most folks haven't heard of in a while after appearing with The Roots on 2002's "The Seed 2.0" (a remake of his own song) and dropping The Headphone Masterpiece the same year. However, outside of his six-song EP Black Skin No Value in 2010, not much else has come from his direction. Now it seems Mr. ChesnuTT is poised to give us more of his musical genius with his latest project, Landing on a Hundred. To whet our appetites, he's delivered a first taste of what we can expect with "Under the Spell of the Handout," and he's offering it as a free download. As you'd expect from Cody's music, it's a politically charged little ditty that is also a bit ambiguous. Still, it's great to once again hear Cody's raspy falsetto on this soulful track. No release date has been set for Landing on a Hundred yet, but this has definitely perked up our interest in the project.


TAGS:  audio, cody chesnutt, the roots
Previous: Take A Voyage With Santigold’s ‘Disparate Youth’ Next: Watch A Sneak Peek Of Mary Mary Getting Real On Their Reality Show