Esprit De Corps Want To Know ‘Is It Too Late’ 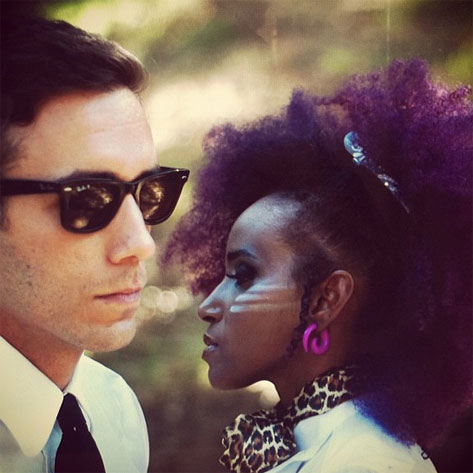 Soul heads will only need a little memory jogging to recall a singer by the name of Cherokee who released her debut album, I Love You...Me, in 1999 but fell victim to Industry Rule #4080 and a folding record label prior to the release of her sophomore set, Soul Parade. We were only left with the sultry single "I Swear" (with an equally sexy music video) from that album, which was sadly never released, and that was the last that many heard from the talented songstress with so much potential who just got caught up in label poli-tricks. But you can't keep a good woman down nor a great singer from the mic. In the decade or so since she's been out of the mainstream spotlight, she's still been recording music (check out some tunes on her ReverbNation page) in addition to being a wife and mother, and now she's ready to make a splash with her new project, the reggae/soul duo Esprit De Corps. She's adopted the new moniker Shock Mama Cherry and is joined by multi-instrumentalist and songwriter Fred Card in Esprit De Corps, and together their music is as refreshing as a dip in the Caribbean Sea on a summer-hot day. On their debut single, "Is It Too Late," Cherry's voice plays well with the reggae vibe of the track as she sings about the love she let slip away but wants back so desperately. This is just a taste of what EDC has in store -- with a free download to boo -- and they already have me shopping for plane tickets to Jamaica with this on repeat.