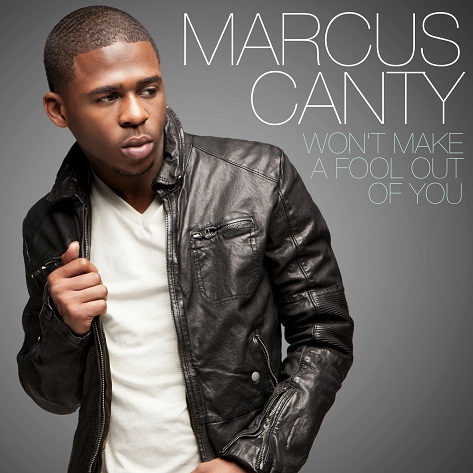 I must admit that I've never watched an episode of FOX's The X Factor. After being burned by season one of American Idol (Tamyra Gray should've been in the finale, dammit), I just lost interest in televised talent shows in which America -- who's sometimes right, but mostly always wrong -- has the vote of who stays and who goes. That being said, I recognize real talent when I hear it, and Marcus Canty has real talent. After getting the boot from the show, judge L.A. Reid made sure that Marcus was signed for a record deal with Epic and now he's releasing his first single "Won't Make a Fool Out of You." Surprisingly more mature than his years, the song is a welcome departure from today's crop of male R&B. Not to sound like an old fogey, because I'm not, but it's nice to hear a young man sing about wanting love (not just sex) with conviction and passion. While "Won't Make a Fool Out of You" will be included on his debut, it will also be featured on the soundtrack to April's Think Like a Man. Take a listen to Marcus's debut below.