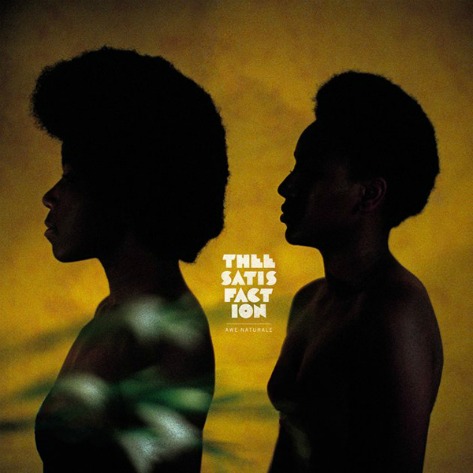 After making their introduction as the only guests featured on Shabazz Palaces' superb release, Black Up, last year, duo THEESatisfaction are poised to take center stage in 2012 with the upcoming release of their debut full-length project on Sub Pop Records, awE NaturalE. On the second leak from the album, "Enchantruss," the girls are joined by Shabazz front man and label mate Ishmael Butler, on this warpedly-dope song. Flexing not only their harmonies and lyrical flow, members Cat and Stas also showcase their production skills, crafting all of their material themselves. Although their sound is 100% their own, it's hard to ignore the parallels between THEESatisfaction and another self-produced female collective that stormed the internet around this time last year, KING. Both groups seemingly came out of nowhere and created their own buzz on their own terms. Whatever the case may be, it definitely makes me proud to see so many women taking charge of their own careers and sounds. awE NaturalE is due out March 27th.