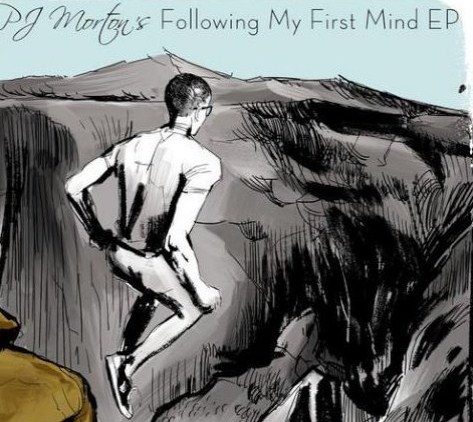 Maroon 5's sixth member and one of Young Money's newest signees, PJ Morton released Following My First Mind, a free EP, via his website today. The seven-track offering kicks off heavily with "Never Get Over You." Morton reminisces about a love lost over his signature guitar, organ, and horn-heavy sound making it hard to move on to the next track.
Following My First Mind includes duets with Chantae Cann ("Saying Hello"), Jazmine Sullivan ("Built For Love"), Maroon 5 frontman Adam Levine ("Heavy"), and even a verse from YMCMB's captain Lil' Wayne. PJ's now preparing to embark on a 20-city tour, beginning in Houston, Texas on April 4th and ending in Detroit, Michigan on April 27th. He's bringing Aaron Camper, Bounce-Worthy background singer for Jill Scott, Tye Tribbett and many others, as well as Dawn Richard, former member of Danity Kane and Diddy-Dirty Money, along for the nationwide ride. Make plans to see PJ and company while they're on the road, and get your free download while it's hot (and it is).
Center