Brian McKnight Plays It Safe On ‘Live Without You’ 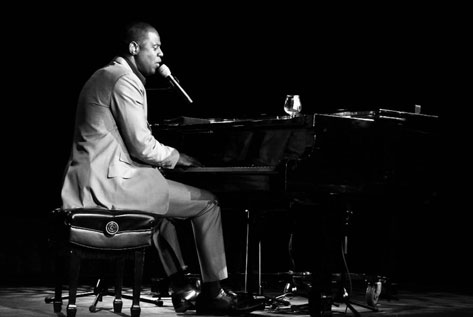 After creating quite a sh-tstorm online Monday night with the unexpected snippet of his coochie carol, "If You're Ready to Learn," setting the web on fire, the Vagina Whisperer Brian McKnight decided to post another new little ditty to his YouTube channel to get the bad taste of that other track out of our mouths. Describing the tune as a "safe" love song, "Live Without You" is just that, but it's so safe to the point that it's boring as all get out. Clearly a work-in-progress and lacking studio polish, "Live Without You" sounds like at least three other Brian McKnight songs that I can name off the top of my head. I know that I complained about Brian needing to stay in his lane after crashing and burning with his X-rated lullaby, but that doesn't mean that his music should sound stagnant either. Where's the artistic growth that he exhibited even in his first few albums? I mean, seriously Brian, 1993 called and they want their chords back. This isn't moving me at all, but what say you, SoulBouncers? Can you live with or "Without" this one?
Center